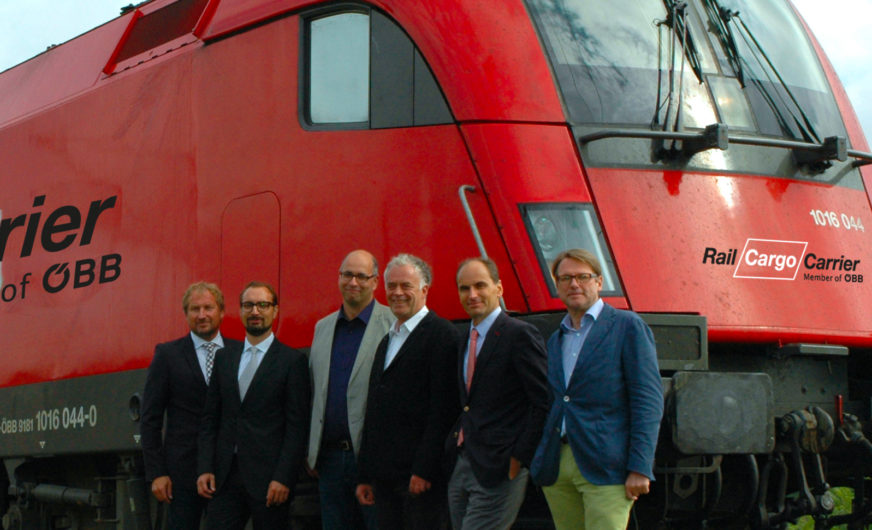 With the takeover of the German private railway EBM Cargo GmbH the company now expands its carrier portfolio. As of immediate effect, Germany also enjoys one-stop services. EBM Cargo will operate as Rail Cargo Carrier – Germany in future and strengthens the presence of the Rail Cargo Group on the European rail freight transport market under this brand name.
The expansion of owner operation activities is one of the central elements in the Rail Cargo Group strategy. The focus is on the development of top-quality rail services in Central and Eastern Europe by offering cross-border production services with modern locomotive pools. EBM Cargo with headquarters in Gummersbach near Cologne was founded in 2010 and is a profitable rail transport company (EVU) with an annual turnover of about 5 Million Euros and also a relevant know-how carrier in the Rhine-Ruhr area.
EBM Cargo will be renamed to Rail Cargo Carrier – Germany and as of immediate effect it is part of the carrier portfolio of the Rail Cargo Group which operates cargo railway companies not only in the home markets Austria and Hungary but also in eight additional countries in Europe under the brand “Rail Cargo Carrier”. The company is managed by Frank Zelinski, one of the two founders of EBM Cargo, together with Anton Forstner, production manager with the Rail Cargo Group.
The goal is the continued expansion of top-quality connection on the most important corridors between Northwest and Southeast Europe. “With our owner traction we can offer a better level of quality to our customers, especially in cross-border traffic. As with our intermodal connection Duisburg – Wels on which we have only operated 10 trains per week with EBM since August”, says Rail Cargo Group director Erik Regter.
Time-consuming and cost-pushing changed and the border can be avoided and transport times are reduced. “Besides in-house production, about 110 Million tons per year, we will of course continue to procure external services from other cargo railway companies, for example we are planning a three-digit amount of several millions for Germany”, says Rail Cargo Group chairman Georg Kasperkovitz.
www.railcargo.com