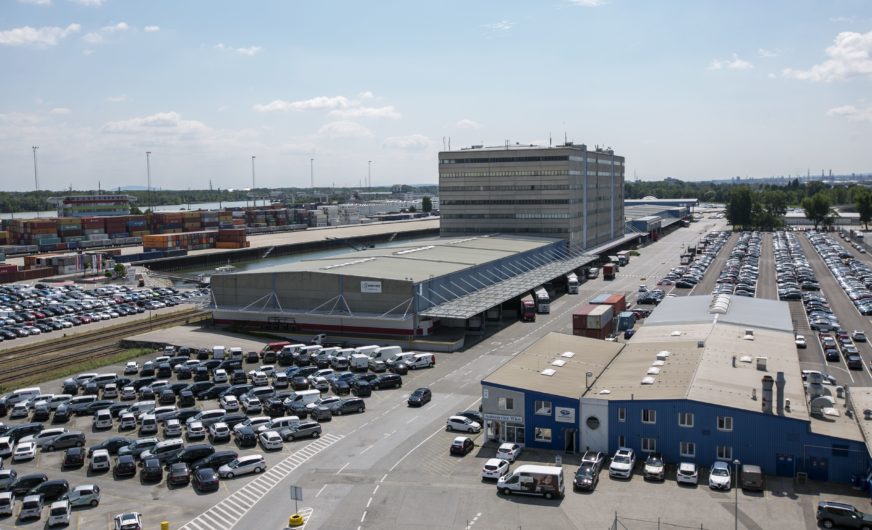 The Port of Vienna, a company of Wien Holding, is expanding continuously. After the second construction stage of the land reclamation, the expansion of the new container terminal has entered the first stage. The rail infrastructure company SCHIG mbH (Schieneninfrastruktur-Dienstleistungsgesellschaft mbH) has now approved EUR 3 million funding for both projects.

In 2013 the Port of Vienna was able to gain around EUR 5 million in EU funding for the expansion of the port. In 2015, EUR 20 million have been invested in the port expansion program. “I am pleased with the support from the SCHIG mbH, and see it as a confirmation of our way to strengthen the port of Vienna as a logistics hub through targeted investments even in difficult times,” said Fritz Lehr, CFO of the Port of Vienna.

SCHIG mbH is funding the second construction stage of the land reclamation, which was completed in the first half of the year 2016, and the further expansion of the container terminal. The completion of the second stage of construction of land reclamation will add 35,000 m² of space. As to the container terminal, the focus is on the expansion of storage area and rail tracks.

“These investments contribute significantly to strengthen the business location and the position of the port of Vienna as a logistics hub also on an international level,” says Peter Hanke, CEO Wien Holding.