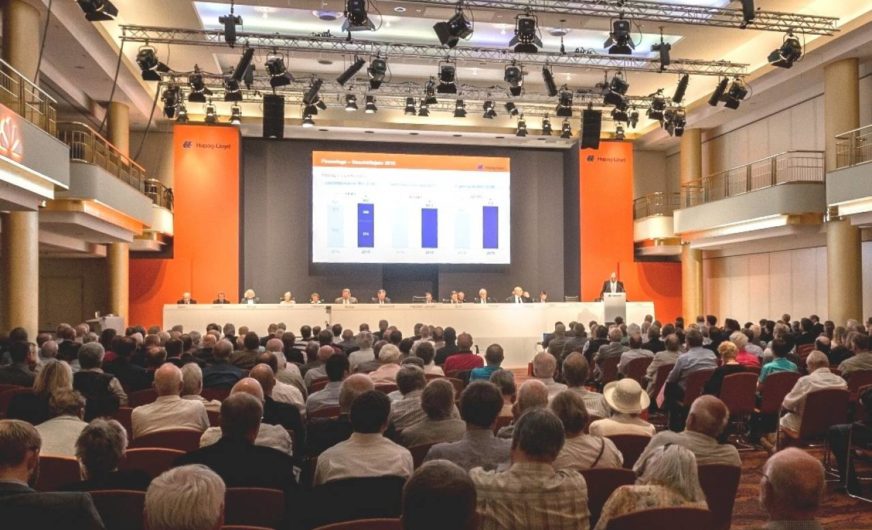 The Hapag-Lloyd shareholders approved all items on the agenda at the Annual General Meeting on August 26. The main matter regarded creating the capital conditions required for the planned merger with the Arabian liner shipping company UASC.

The shareholders therefore approved the creation of new authorised share capital. This is to be used for the merger with the liner shipping company UASC, which is to be incorporated into Hapag-Lloyd as a contribution in kind.

The shareholders also approved the expansion of the Supervisory Board from the current twelve members to 16, which is to take place once the merger with UASC is concluded. This expansion is due to the current majority shareholders of UASC, Qatar Holding LLC (QH) and Saudi Arabia’s Public Investment Fund (PIF), each being set to receive a place on the Hapag-Lloyd AG Supervisory Board upon conclusion of the merger.

The merger is still subject to antitrust approvals. Hapag-Lloyd submitted the relevant applications soon after signing the business combination agreement.

“The pending merger with UASC is another strategic milestone for Hapag-Lloyd. We intend to bring the skills of Hapag-Lloyd and UASC together in such a way that the company is in a stronger position to face both current and future industry challenges. Hapag-Lloyd is not only growing, it is also becoming more international and, above all, more competitive,” said Rolf Habben Jansen, CEO of Hapag-Lloyd AG, while addressing the approximately 300 shareholders in his speech.

This merger secured the large vessels needed to achieve lower transport costs per container. With the investments already made by UASC in these ship classes, Hapag-Lloyd will not need to make any more investments in large vessels in the next few years. “With this merger, we are consolidating our position among the world’s five biggest container shipping companies in the long term and are considerably increasing the gap between us and the shipping companies that come after us. We expect the combination of Hapag-Lloyd and UASC to reap us further significant improvements in our profitability and we firmly believe that the merger will allow us to rise to the various industry challenges even better and more strongly than ever before,” added Rolf Habben Jansen.