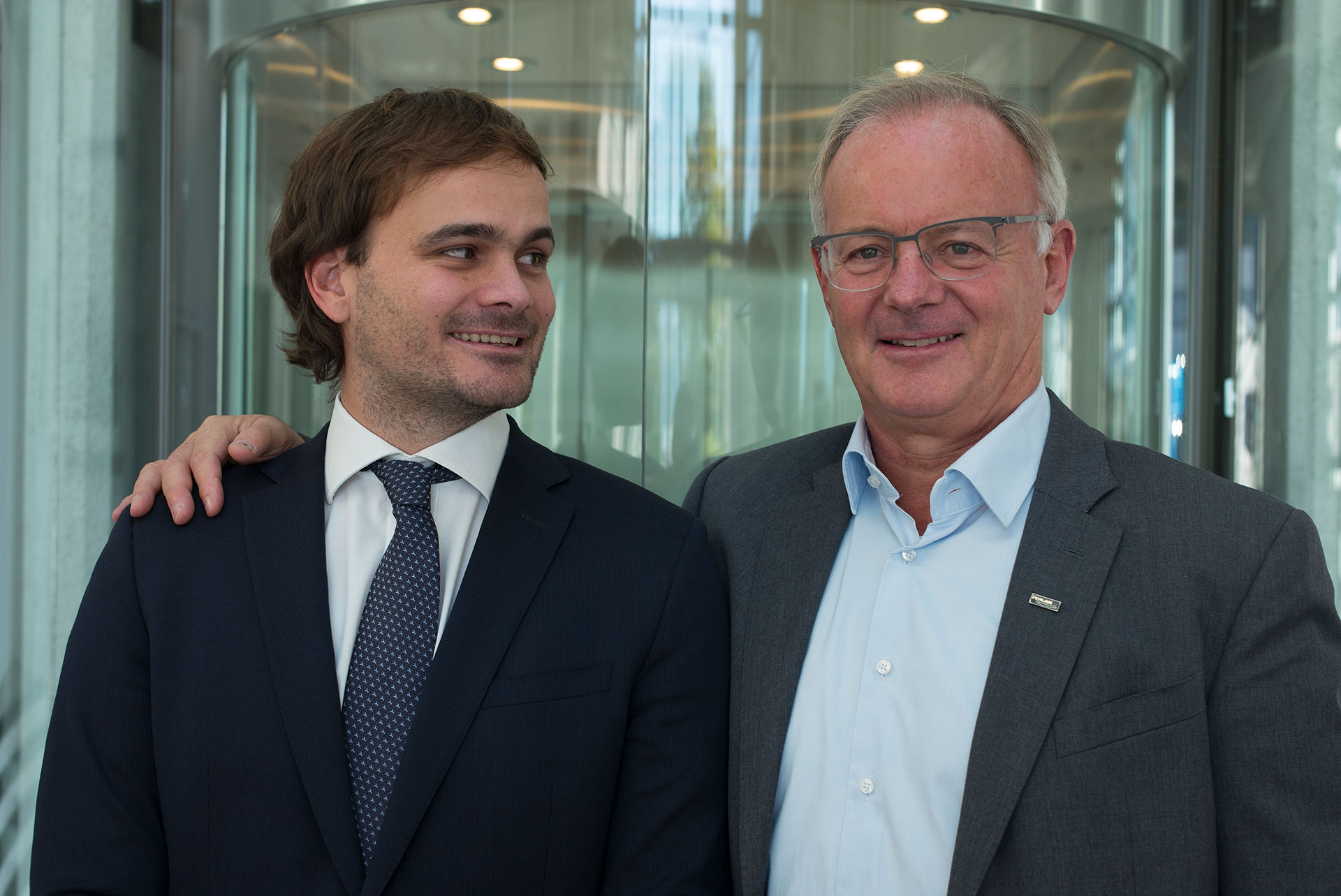 Established in 1949, the family-owned Fercam company with its headquarters in Bolzano, South Tyrol is one of the major transport and logistics companies in Italy and Europe. During the board meeting on February 2, Thomas Baumgartner, who has led the company in the second generation from 1981 until now, passed the leadership to his son Hannes Baumgartner.

“During my work I have seen a lot of companies in our industry that had an inadequate change of generations, with too great a division of powers and responsibilities among the successors. I am convinced that it is important for the survival of the company, provided that a suitable successor is available, to focus responsibility and authority on this person. I am glad that my son Hannes decided to join the family enterprise 10 years ago; in the course of these years I could see with joy and satisfaction, that he has the prerequisites, expertise, tireless efforts and also the necessary humility to ensure their jobs to our more than 4,000 employees and freelancers, and a positive development of the company,” Thomas Baumgartner said in a statement.

After studying economics at Bocconi University in Milan, Hannes Baumgartner (34) gathered his first working experience in a two-year employment contract in controlling department of BMW Italy in Milan. After his return to the family, he was entrusted with the reorganisation of the French subsidiary in Paris and with the establishment of the Slovak subsidiary in Bratislava. Since 6 years he has been successfully heading the the Transport division at the Bolzano headquarters, which generates half of the total sales. In addition, he is responsible for air and sea freight as well as the entire IT segment of the company.

In cooperation with strong partner companies in many countries Fercam provides internationally reliable transport and logistics services. The company currently has 1,780 direct employees and achieved estimated sales of EUR 675 million in 2016.

The services of the company include international FTL transport by road and rail as well as global ocean and air freight transports, national and international groupage services and numerous logistics services. This is based on about 2,850 private cargo units and 907,000 m² warehouse space at 40 logistics facilities.

Fercam has 52 branches in Italy and 22 more locations throughout Europe. In addition to the Turkish subsidiary in Istanbul and a location in Izmir, the company operates two subsidiaries in North Africa – in Morocco and Tunisia.