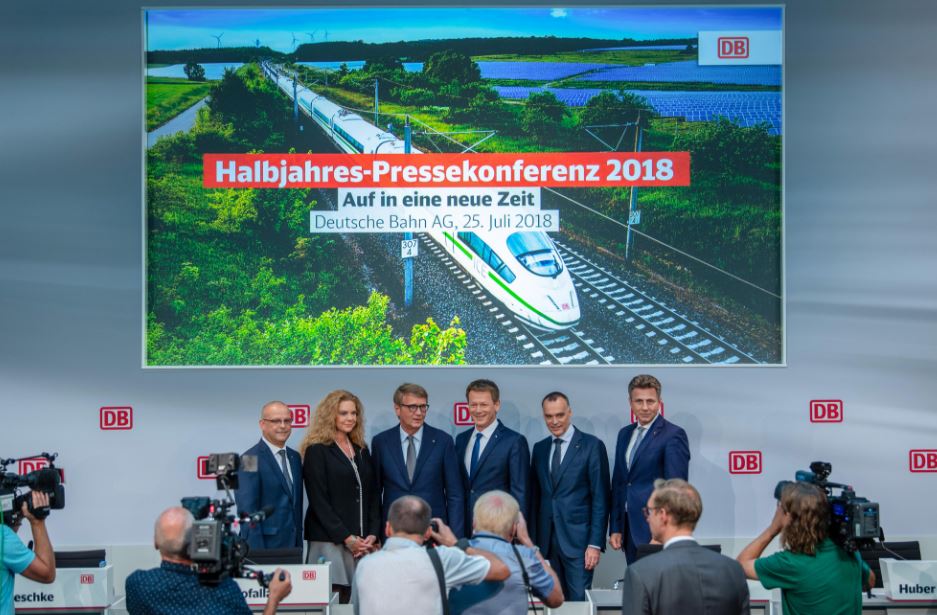 DB Schenker and DB Arriva, DB’s international business units, continued to grow. “Our international subsidiaries both play an important role in driving success at the Group as a whole,” said DB CEO Lutz. All DB’s logistics segments were up in the first half of the year; air freight volume saw a year-on-year increase of 5.9 per cent. DB Schenker generated revenues of EUR 8.3 billion in H1 2018, an increase of 2.8 per cent.

Rail freight transport, on the other hand, saw a 6.7 per cent drop in volume. The first six months of the year were not easy for DB Cargo. The company plans to respond by making lasting changes, which will include addressing problems of its own making, they announce in a press release.

DB generated earnings before interest and taxes (EBIT) of EUR 974 million in H1 2018, a year-on-year decrease of EUR 205 million, or 17.4 per cent. This decrease was due in particular to special charges resulting from inclement weather, the drop in rail freight transport volumes, and higher investment in punctuality. DB plans to increase investment by over EUR 100 million to raise its on-time rate this year. For 2018 as a whole, the DB Management Board expects full-year EBIT to be at the same level as EBIT in 2017 (adjusted figure for 2017: EUR 2.15 billion).