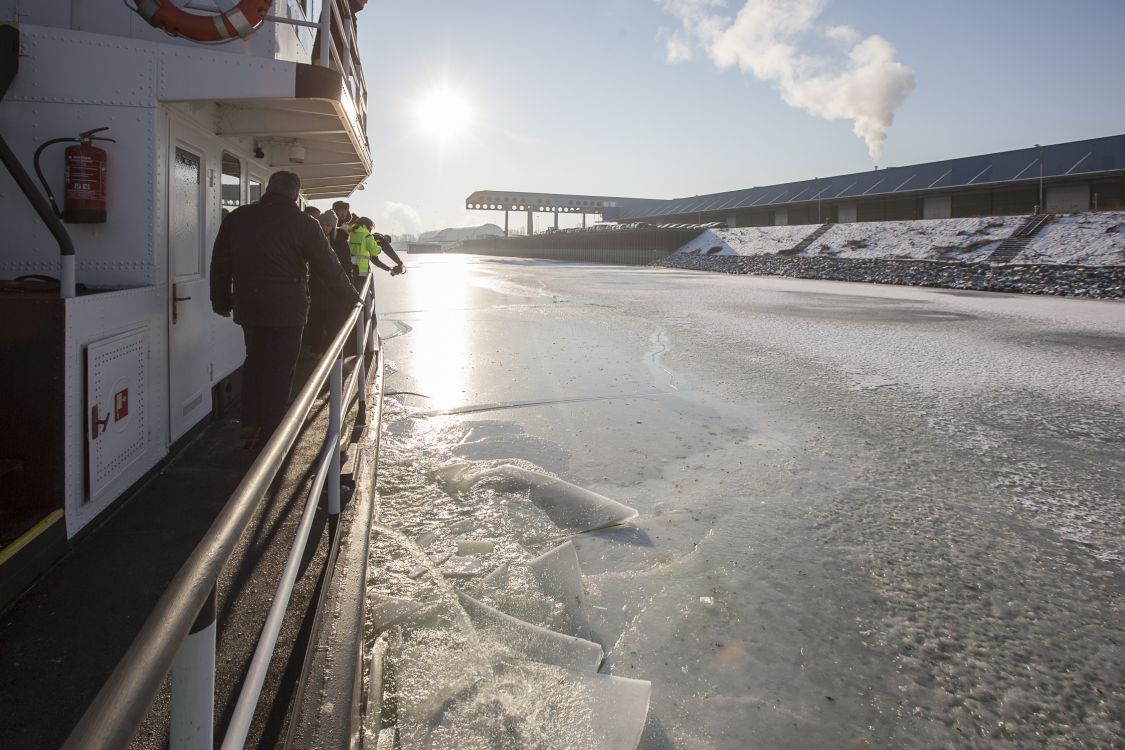 The cold wave has reached Vienna and its port. At temperatures of minus six degrees the fairways of the harbor basin can freeze within a day. Just then, the 32 meters long and six and a half meters wide icebreaker of the port of Vienna is deployed. With its 80 tonnes of steel and 520 hp diesel engines, the MS Eisvogel ship is fighting against the ice, keeps the docks open and ensures that the shipping channels remain free of ice in the basin of the Viennese ports of Freudenau, Albern and Lobau.

The port of Freudenau also has a special role as a protective and winter port. Around twenty cruise ships are morring to pass the winter there safely until spring.Therefore MS Eisvogel is regularly used to protect the hulls of the moored Danube cruisers against the ice pressure. “We can break ice of up to 60 centimeters thick,” explains Captain Wolfgang Steindl. The last time was in 1985, when there were several days of minus 20 degrees. In summer, the Eisvogel is used for sightseeing tours and as salvation tug.

The port of Vienna is a company of Wien Holding and is directly connected to the three modes of transport – waterway, railway and road. Every year up to eight million tonnes of goods are handled on the approximately three million m² logistics area. In addition to the companies of the Hafen Wien group, the cargo center accomodates about 120 companies, including Schenker, Kuehne & Nagel, DHL and Rail Cargo Austria. A total of around 5,000 employees are working in the port of Vienna and for the companies located there.