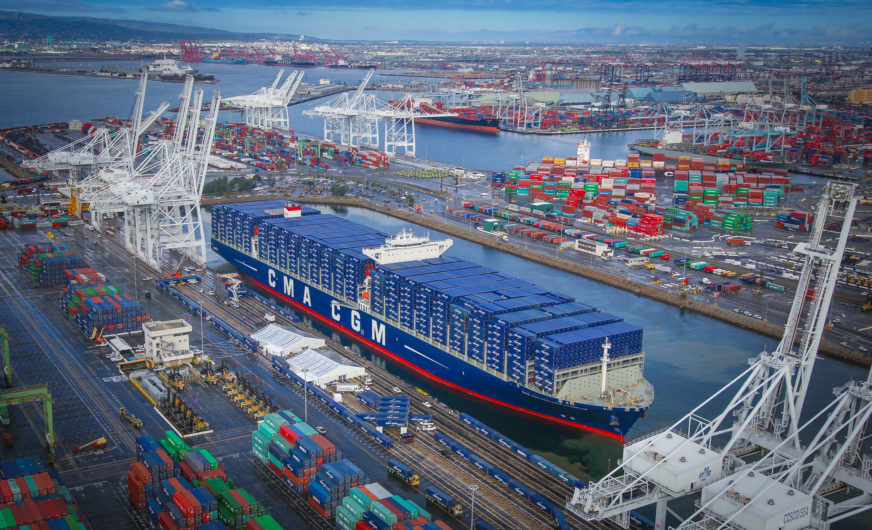 CMA CGM strongly believes that the future of American ports lies in the ability to handle  such vessels. As a pioneer, the CMA CGM Group worked with all  stakeholders – dockers, harbor pilots, intermodal companies, port authorities, city  officials etc. – to  help terminals host these vessels and to guarantee optimized performance without generating congestion.

CMA CGM and the United States share a unique history. Jacques R. Saadé discovered the container – a metallic box invented by Malcom McLean in 1954 – in the United States during the sixties. During an internship in New York, he observed the American army using containers to supply its troops with clothes, food and other basic commodities during the Vietnam War. He perceived and anticipated the revolution this mode of transportation would  bring  to exchanges on  an international scale, and created CMA in 1978.

By choosing to inaugurate the “CMA CGM Benjamin Franklin” in Long Beach, California , and naming her after one of America’s Founding Fathers, ambassador of the United  States  to France and strong defender of the friendship between the two countries, CMA CGM shows its commitment to the United States, as well as its  determination to be a major partner for US trade.