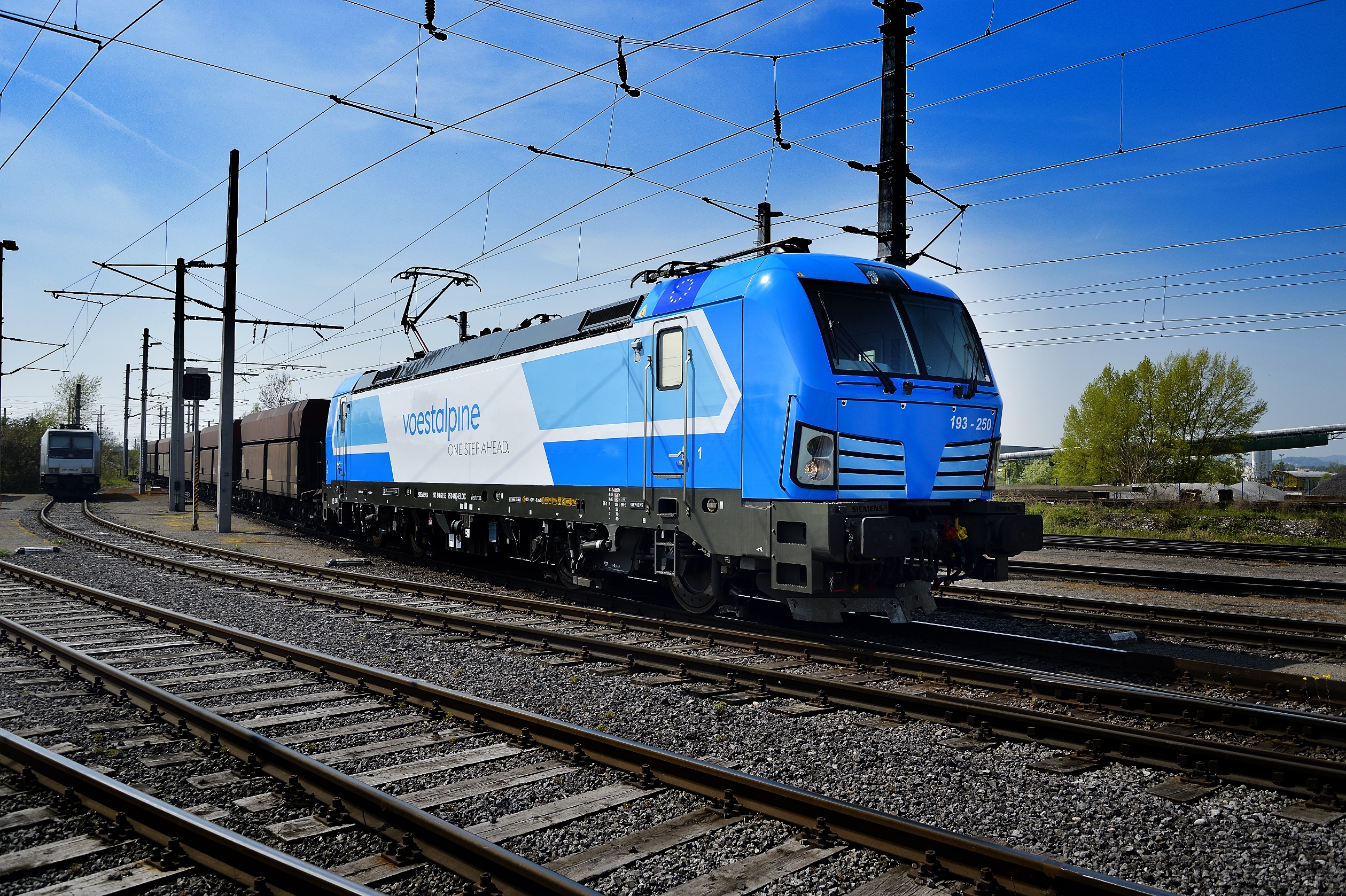 CargoServ has established itself as a major player in the railway sector with around 5 million tonnes of transport per year: about 70 trains per week operate on the transport routes to and from Linz via Passau (Germany), Breclav / Bernhardsthal (Czech Republic), Bratislava (Slovakia) as well as Tarvis (Italy). The large vehicle fleet currently consists of twelve locomotives and numerous wagons of the parent company LogServ.

A locomotive that was leased a year ago by ELL Austria GmbH (“European Locomotive Leasing”) has recently been equipped with voestalpine branding and now serves as a traveling “brand ambassador” at home and abroad. With its 86 tonnes and 8,700 hp, it is a strong driving force for the brand. On April 18th, 2018, the newly attached locomotive was symbolically handed over to the management of the voestalpine Group.

Around 80 per cent of CargoServ’s transport volume is currently accounted for by the Steel Division of voestalpine. From Linz, transports with the highest quality steel products is driven primarily to the German automotive industry and Italy. Incoming shipments are predominantly raw materials for the Linz production site, both from Austria and the surrounding countries.

The remaining volume includes external customers. Among the most important partners are railway companies in neighboring countries, with great potential also in transports to and from the North Sea ports and more towards the east. In addition, CargoServ has been in possession of a notice for the carriage of goods in public railway operations in Germany since March 2017. This is the foundation for future cross-border traffic that CargoServ can handle on its own responsibility.

One of the strategic goals of CargoServ is the sustained cost savings and quality improvement for voestalpine. One example of this is the promotion of concentricity concepts with the aim of generating as many synergy effects as possible during journeys. Transports are planned in such a way that loading of the return transports will avoid as many empty runs as possible, thus optimising capacity utilisation.

At the same time, the presence in the third market will gradually be strengthened. Using the comprehensive network, new process-optimised transport concepts for international traffic are being developed.