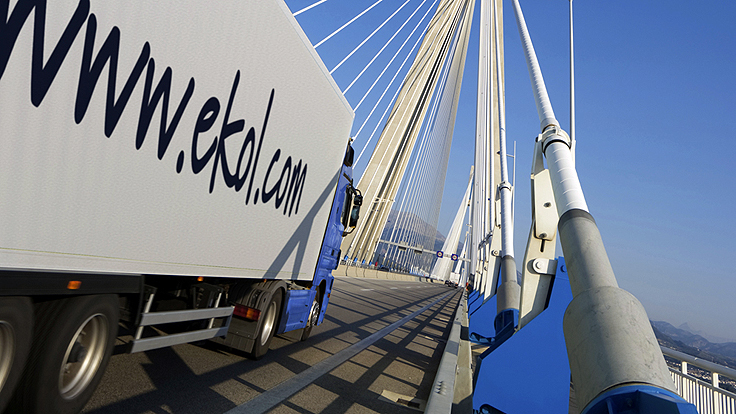 Ekol Logistics has been named the National Champion for Spain in the European Business Awards (EBA); Europe’s largest business competition set up to celebrate business excellence and best practices in the European business community. The Awards, now in its 10th year, is supported by business leaders, academics and political representatives from across Europe, and this year engaged with over 33,000 businesses from 34 countries.

“We are very proud of the fact we have been named the National Champion in the European Business Awards. We are a young company in Spain but it motives us to work even harder, as it proves the strategy we realize is the proper one. At the moment we have 3 branches in our country, in Barcelona, Madrid, and in Zaragoza. More investments in new branches are in the pipeline. Already in 2016 we will open new branches in Spain,” said Alfio Centocinque, Country Manager and Executive Board Member, Ekol Spain.

With more than 100,000 groupage shipments realized in 2015, Ekol Spain has reinforced its very strong position in the Iberian market improving its network with daily groupage connections from and to Germany, Holland, Belgium, Hungary, Poland, Italy, Portugal, United Kingdom, the Czech Republic, Slovakia,  Austria, Denmark, Switzerland and, of course, Turkey.

Several of these connections are carried out with two drivers. More than 100 lines between Spain and Europe connecting main industry areas help Ekol Spain customers to take advantage of the recovering Spanish economy. Through Turkey Ekol offers really good connections to and from countries like Iran, Iraq, Georgia, and Azerbaijan. So Turkey is the perfect hub for Spanish shipments to and from the Near East.