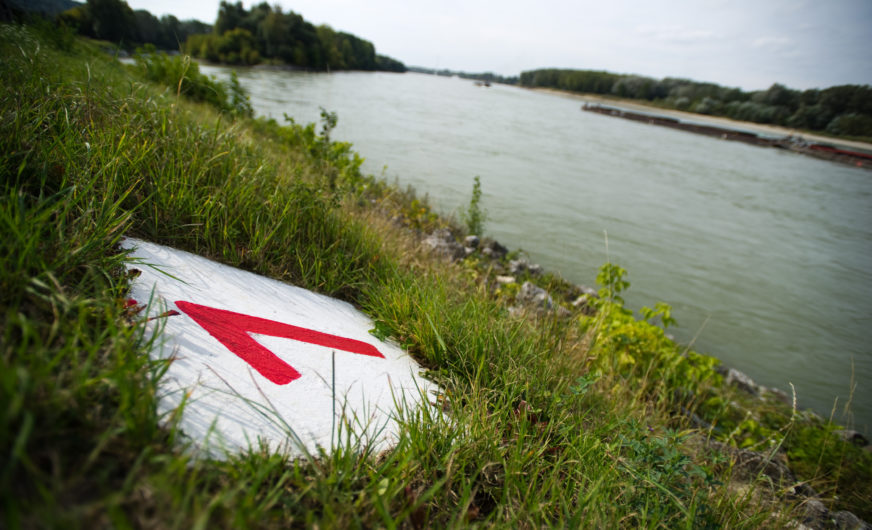 What will the Danube waterway look like in 2022? What is our idea of this valuable habitat at the water for humans, animals and plants? How well are we protected against floods? The Danube campaign of the Austrian Ministry of Transport (bmvit) responds to these questions, and was presented to the public on 19 June.
For the first time the objectives of the campaign apply to the shipping industry but also to ecology and flood protection. Federal Minister Alois Stoeger said at a press conference in Linz: “Apart from being one of the most environmentally friendly transport routes in Europe – and thus invaluable for our industry – the Danube is also a recreational area and habitat for millions of people. In our new campaign we have combined these aspects and tuned it with national programs, such as the EU Strategy for the Danube Region. After all, like the Danube, our Danube policy does either not end at the border”.
Ursula Zechner, Head of the Section, stressed the participatory involvement of relevant stakeholders to create the campaign. This was the only way to get specific answers to the various claims of use. EUR 12 million of start-up-finance was available until 2022. This could move almost EUR 100 million, with one-third coming from EU funds.
viadonau – Österreichische Wasserstraßen-Gesellschaft mbH will accompany the implementation of the campaign over the coming years. Many of the planned actions are already allocated to projects. One example is the FAIRway project, already submitted for promotion, under which seven partners along the entire Danube want to improve the maintenance of the waterway. In terms of flood control a digital guidance system will be used in the future, a prototype shall be tested from the end of this year.
The 2014 annual report of Danube shipping, published by viadonau, reports – despite extensive low-water periods – stable traffic with 100,000 ships that passed locks and a cargo volume of 10.1 million tonnes. With an increase in domestic transport of almost 14 per cent and a 6 per cent-increase of vessel units that passed the locks, the solid performance of previous years was continued. With 364 days in 2014 the waterway showed the highest availability in the past 15 years.
www.via-donau.org