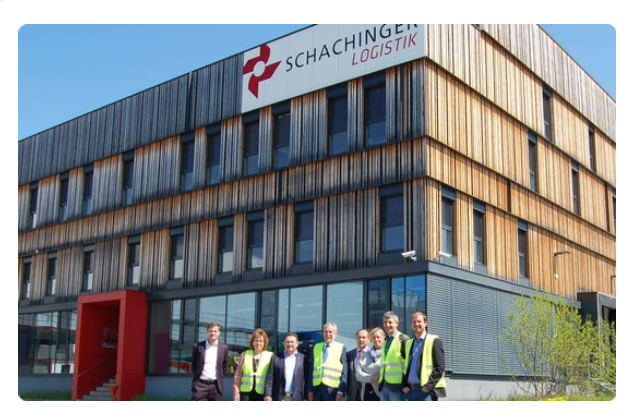 Ing. Franz Haiden showed the visitors around the multiple award-winning wood logistics facility LT1 run by the subsidiary Schachinger marken & frische. The facility shows the logistics industry’s need for innovations, and proves ecology and economy do not exclude each other.

The use of exclusively renewable raw material for LT1 and the energy efficient construction method of the building, as well as adhering to social and aesthetic criteria had been crucial for the positive recognition of van der Bellen.