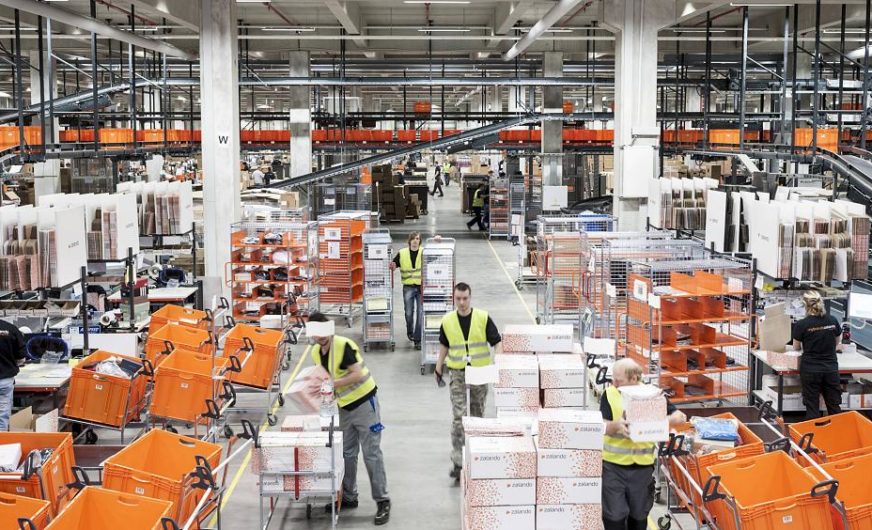 Zalando has around 19 million customers in 15 European markets. In order to improve on meeting their diverse requirements, Zalando is expanding its international logistics network. After successfully launching the new satellite warehouse in Stradella (Italy), the by its own account leading European online platform for fashion is planning on opening further sites in France and Poland.

A new Zalando satellite warehouse near Paris will be put into operation next year. Analogous to the site in Stradella, this fulfilment centre will ensure that customers in and around the French capital receive orders faster.

Before the end of this month Zalando will kick-off the construction of its new international fulfilment centre in Gryfino near Stettin (Poland), in cooperation with the company’s trusted partner Goodman. Similar to the already existing locations in Mönchengladbach and Erfurt, as well as the logistics centre in Lahr, which is currently being set up, the new property will have around 130.000 square meters of space and offer jobs to more than 1.000 future employees. The location will be operated by logistics service provider Fiege. It will supply all 15 markets of the Zalando logistic network, but especially customers in Poland, Germany and the Nordics.

“Every month we deliver several millions of packages to our customers in 15 European countries. Throughout the last year Zalando gained more than 3 million new customers. We need strong operations and have to be internationally well positioned in order to meet the local needs of our growing customer base”, says David Schroeder, Senior Vice President Operations at Zalando.

Zalando started to broaden its international logistics network in December 2015 by opening the satellite warehouse in northern Italy. This way, Italian customers are able to receive their orders up to one and a half days faster. 60 percent of all Italian orders are processed from there.

The network in Germany is also being strengthened. Just shortly, the new fulfilment centre in Lahr launched its test operations and regular business will commence in autumn 2016. By the end of the year Zalando will employ several hundred persons in Lahr, primarily from France and Germany.