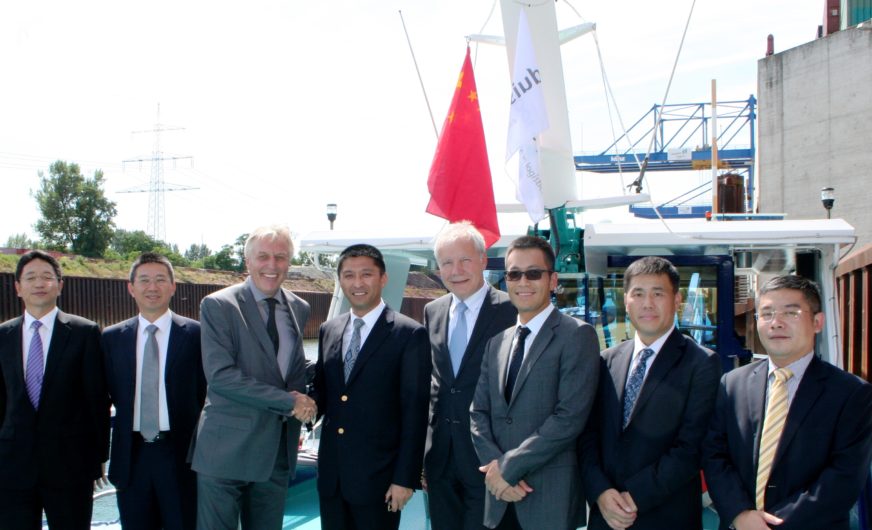 A high-ranking delegation of the Yantian Port Group from Shenzhen visited the Port of Duisburg in August, with the aim of seeing the duisport logistics hub for themselves, and also to examine opportunities for cooperation. The duisport group came to the attention of the Yantian Port Group on account of duisport’s international engagement in Asia, as well as the regular train connections between Duisburg and China.
“We have explored concrete forms of cooperation, particularly with regard to optimising transport in the Pearl River Delta. Now we would like to realise this idea in the form of tangible projects,” says Erich Staake, Chief Executive Officer of Duisburger Hafen AG.
A delegation of the Port of Duisburg had visited the port of Shenzhen during a trip to Asia earlier this year. That visit was made possible by an invitation from the Yantian Port Group, which had contacted the duisport Group. Now, it was their turn to visit Duisburg.
In 2014, Shenzhen handled more than 24 million TEU. The great majority of these were handled by the Yantian International Container Terminal, which processed around 11.7 million TEU, eight per cent more than in the previous year. The terminal is operated by the Yantian Port Group and Hutchison Port Holdings (HPH). Large corporations such as Hutchison or DB Schenker already have a significant presence in the world’s third-largest container handling location.
www.duisport.de