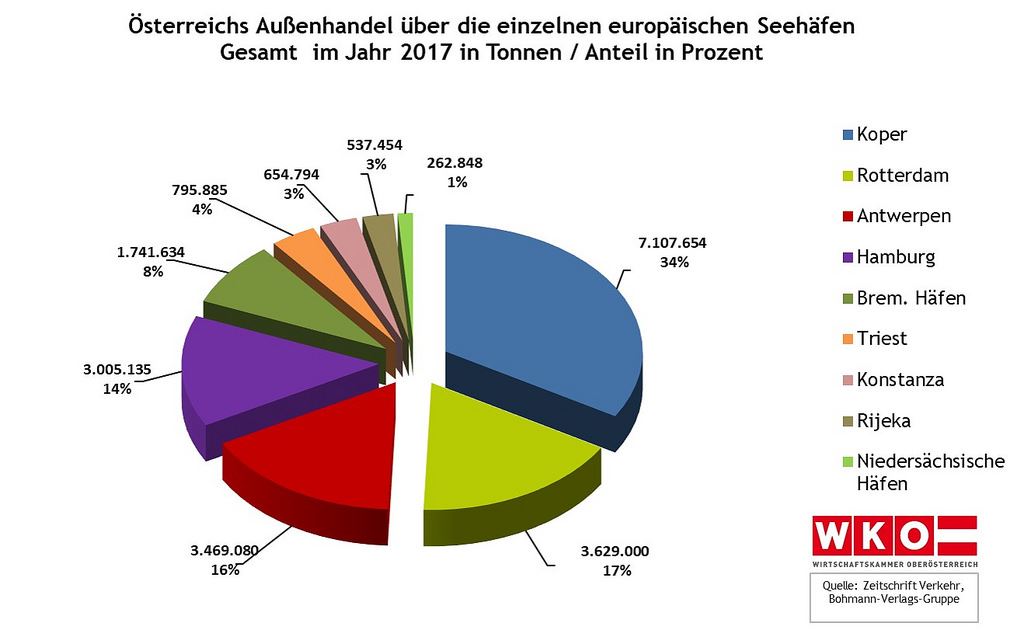 The port of Koper was able to strengthen its significant position for export. In 2017, more than 7.1 million tonnes of goods were imported or exported overseas to and from Austria via the Slovenian port of Koper, an increase of 13 per cent over the previous year.

For years, Koper has been Austria’s most important overseas port for export: in 2017, almost 2.3 million tonnes of goods were shipped from Austria to Koper. Upper Austria’s President of the Chamber of Commerce Doris Hummer therefore calls for the expansion of the Pyhrn-Schober railway line, to improve the connection from Upper Austria to Slovenia.