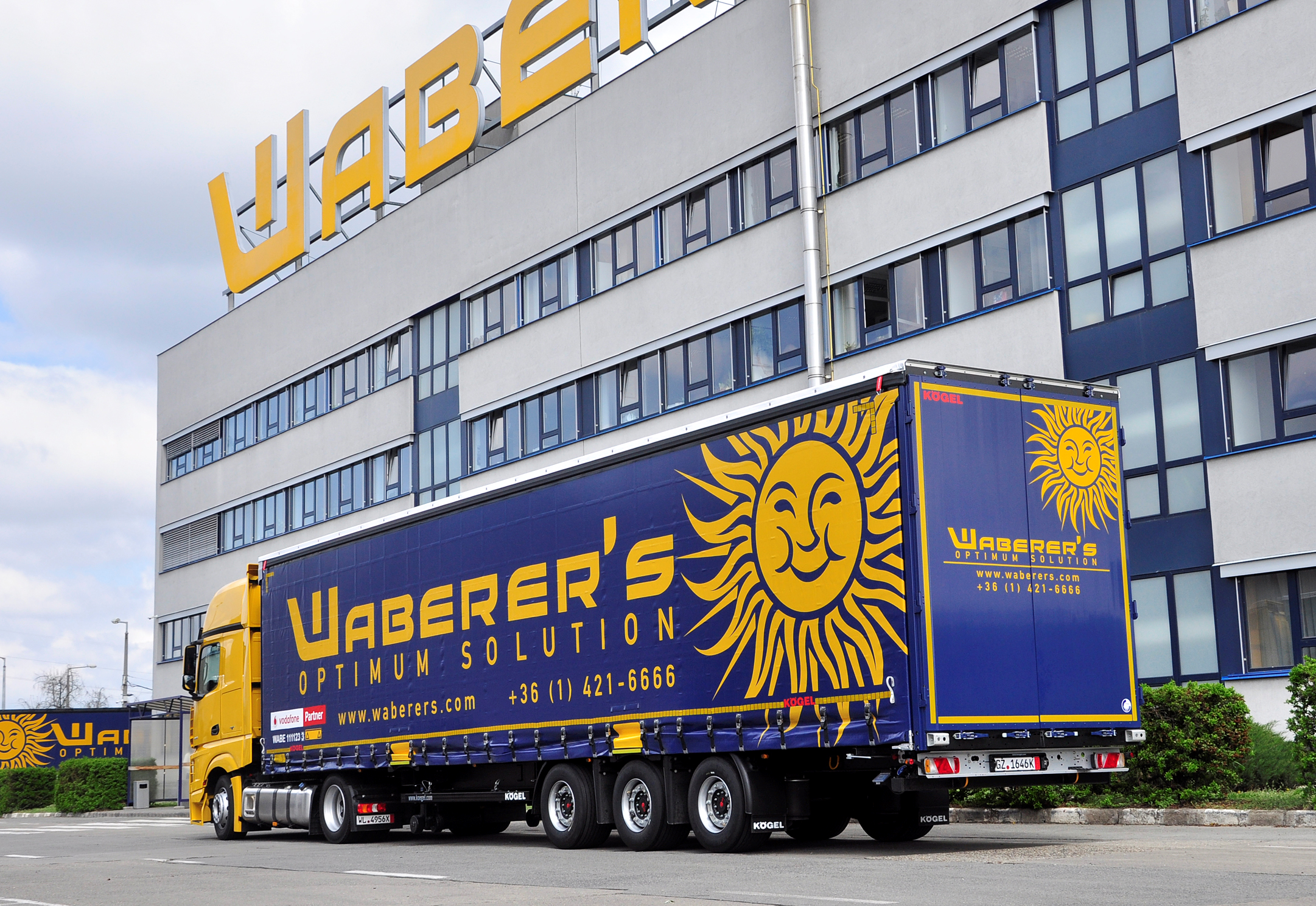 Budapest based Waberer’s International Nyrt., a European leader in full truckload (FTL) transportation, has seen a robust performance above expectations in 2017, demonstrating a successful implementation of its strategy. As for its future plans, the company remains focused on consolidating its position in the CEE region through further value-accretive acquisitions.

Waberer’s annual report with audited figures for 2017 will be presented to the Annual General Meeting in April 2018 with the following highlights:

-) International Transportation Segment revenue increased by 13.3% to 511,6 million, due to continuing price increases and acquisition effects

-) Regional Contract Logistics revenue up by 26.6% driven by year-on-year rise in warehouse capacity and higher prices

Ferenc Lajkó, CEO of Waberer’s International Nyrt. comments: “Our strong results in 2017 demonstrate the successful implementation of our strategy aimed at revenue growth through organic and inorganic expansion, supported by efficiency gains and the adoption of cutting-edge technologies. 2017 has been an exciting year for Waberer’s also because it was highlighted by our exciting entry into the listed arena with our IPO in July.

Waberer’s year-on-year growth rates in the fourth quarter were particularly strong due to a combination of excellent organic performance and the successful integration of the Polish road transport company Link. As a result of their monitoring and training procedures, fuel consumption improved by more than 2%, while fine-tuned optimisation engines led to savings across most of our major cost items.

Regarding the future, Waberer’s plans to step up on the organic and inorganic fronts as well. Organically, the company relies on technological solutions more in order to enhance operational efficiency even further, among which digitalisation and better usage of data is a central goal for 2018. “We plan to further grow our highly diversified customer base by targeting the attractive auto and e-commerce sectors. In the regional segment, we remain focused on consolidating our position through further value-accretive acquisitions,” Ferenc Lajkò says.

Waberer’s International Nyrt. is a leading owned vehicle operator in international full truckload (FTL) transportation in Europe and market leader in Hungary in the field of domestic freight and complex logistics services. The company’s activities cover long-haul international transport of standard pallet goods, domestic transport, storage and distribution of dry and refrigerated goods, as well as international brokerage. Waberer’s fleet of 3,604 truck-trailers, of an average age of approximately two years, completed more than 450 million kilometres on European roads in 2017. Loaded ratio was 91,4 per cent. The  domestic logistics warehouse capacity in Hungary exceeds 160,000 m².