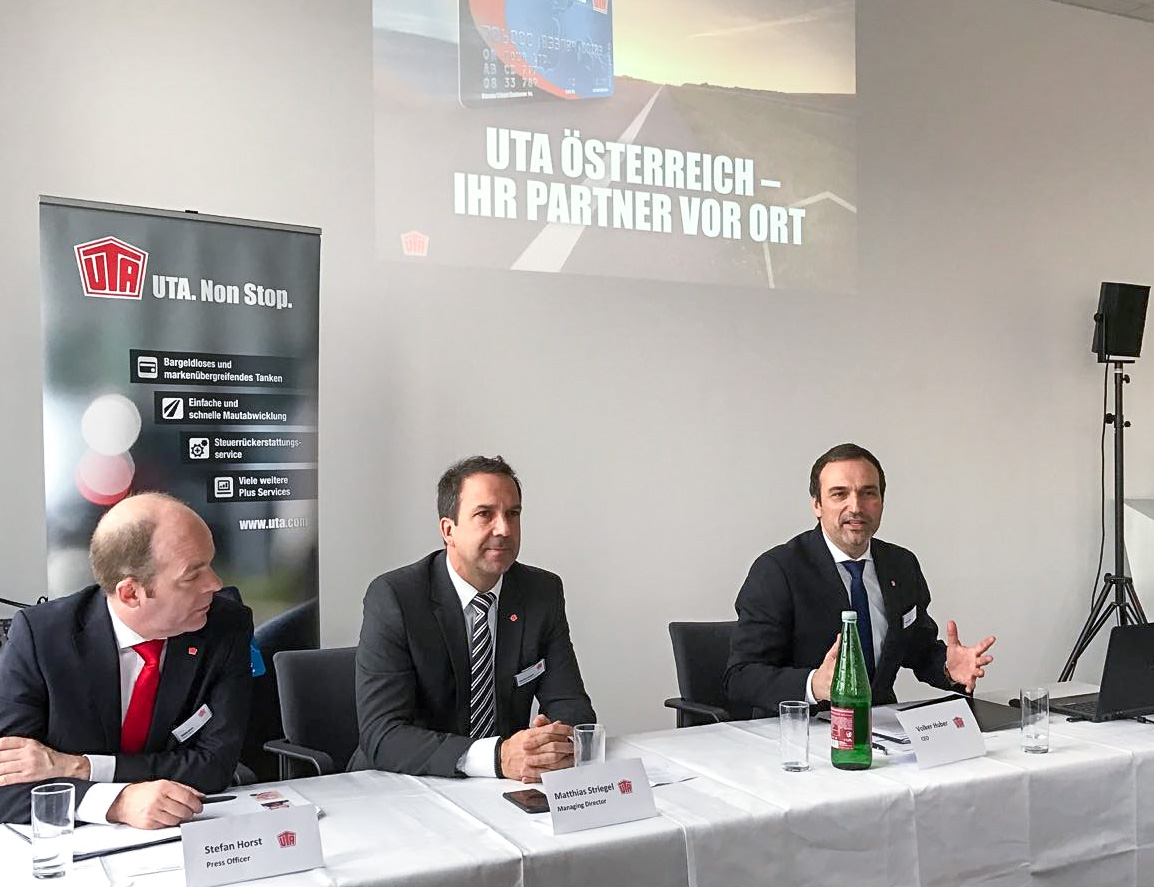 Union Tank Eckstein GmbH & Co. KG (UTA) strengthens its international focus by opening a new branch office in Vienna. From 1 February 2017 a 6-member sales team will support the introduction and marketing of UTA products. The fuel and service card provider thus provides even more intense support for the Austrian market, in which the company currently holds an 18-percent share.

“Its central location in the middle of Europe and the associated role as a logistics hub for Central, Southeast and Eastern Europe, make Austria a high-potential growth market for UTA”, says Matthias Striegel, General Manager responsible for expanding local sales operations. According to him there are currently as many as 3,300 companies working in Austria’s long-distance goods traffic – and the number is still rising.

According to a study by Consultic, some 70 percent of them use fuel and service cards, which in turn are used for 68 percent of refueling in long-haul transport abroad. It is not just fuel that is obtained through the card system, but often also services such as settling bridge, toll and tunnel fees or the 24-hour emergency service.

“Our local presence does not only make it easier for us to service our customers who expect us to provide a complete range of cross-border services from a single source, it also facilitates our collaboration with service station operators”, Striegel adds.

More than 89,000 customers use the UTA card system to refuel without cash across Europe, settle tolls and use many other mobility services: UTA’s network comprises more than 54,000 stations in 40 European countries. In Austria, UTA currently has more than 1,200 acceptance points – which includes the brands OMV, BP and ENI.

Union Tank Eckstein GmbH & Co. KG (UTA) is one of the leading providers of fuel and service cards in Europe. Founded in 1963 by Heinrich Eckstein, the company is majority owned by Edenred SA (51 percent). The Eckstein and van Dedem families hold 34 percent, and Daimler AG is another shareholder (15 percent). The company is headquartered in Kleinostheim/Main. Some 400 employees of the UTA group generate annual sales of almost EUR 2.6 billion.