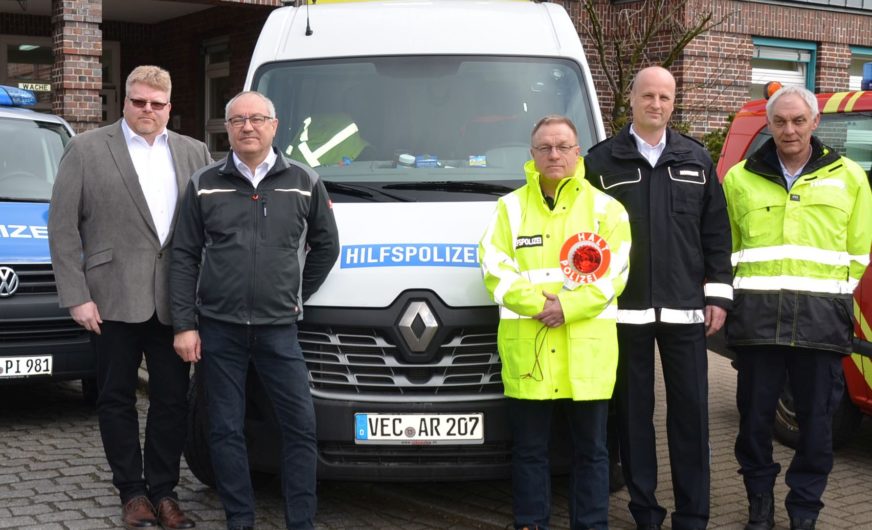 Universal Transport, a heavy haulage specialist from Paderborn, Germany, now counts on auxiliary police. 14 employees have been trained by an initiative of the Ministry of the Interior in Lower Saxony to support the police with the escort of heavy transports. Since the start of April the supporting staff accompanies the first orders of Universal Transport.

The reason to train auxiliary police officers is the recent rise in the number of heavy transport order that have to be accompanied. Moreover, the auxiliary police increases the process safety for the customers, explains the company in a press release. Potential other missions of the police, such as accidents, means the escort by the police is never guaranteed. But even a delay of some hours has a big impact on the time corridor of heavy transports.

The company already has positive experience with support of the police in Brake. For over three years Universal transport supports the police there. With each operation three vehicles in a convoy are escorted over a distance of 25 kilometers from the port area to the hinterland.

The auxiliary police officers are authorised to regulate the traffic in the course of oversized and heavy transports on the road and to give appropriate instructions. Both the staff and the support vehicles are marked with the word “Hilfspolizei” (auxiliary police).

Universal Transport is a transport company with international operations and it has its headquarters in Paderborn. With more than 600 employees and a fleet of 350 vehicles suitable for heavy-duty logistics, Universal Transport is one of the leading companies in this sector. The logistics specialist for oversize and heavy-duty transport operations for leading manufacturers has 24 branches in Germany, the Czech Republic, Poland, Romania, Hungary, Russia, Austria, Turkey and Egypt.