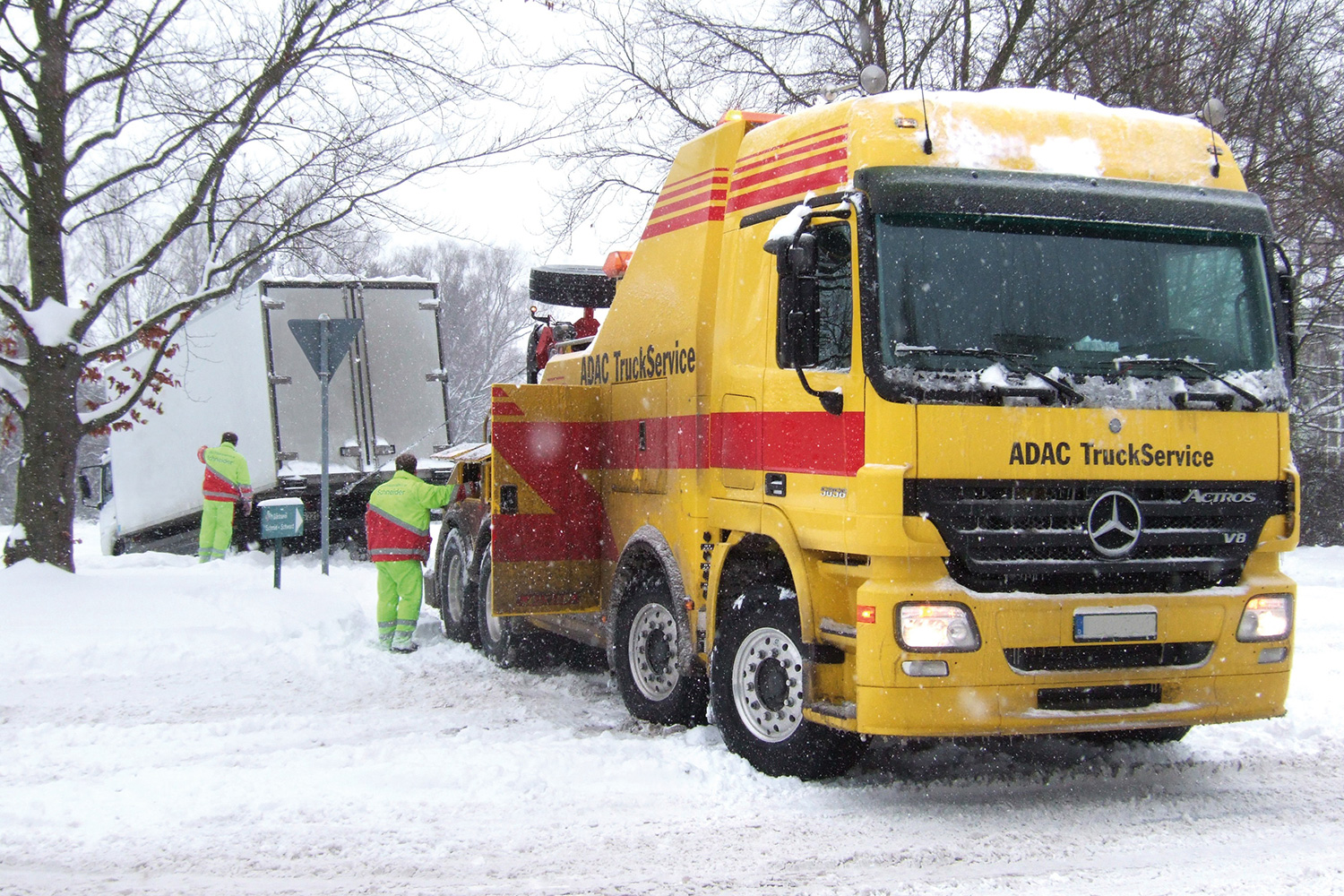 Wherever in Europe trucks might break, Europe Net is on site. The company, in which ADAC TruckService holds 90 per cent of the shares and ACI Global of Italy 10 per cent, provides breakdown assistance for the commercial vehicle sector and mobility and service programmes for industry in 39 European countries and in 24 languages. The centrepiece of this network is made up of 13 national service providers with a network of more than 40,000 workshops.

The emergency call network was founded 30 years ago as Europe Net SA in Luxembourg. ”There was no blueprint for such a project in the mid-1980s and it was a feat of strength to forge an alliance of European emergency services and workshops. Then and now, Europe Net stands for the idea of making road transport better and safer”, Christoph Walter, Chairman of the Board at Europe Net at the annual press conference at ADAC headquarters in Munich.

The idea of a European commercial vehicle emergency network was born in the early 1980s. Some national breakdown services in Europe worked loosely together, when neither communication, repair nor billing processes were reliable. It was almost impossible to conclude service contracts for all of Europe.

The aim was to ensure that help was provided area-wide with one pricing and standardised services in terms of quality, availability and depth of service. To this end, Service 24, the predecessor organisation of ADAC TruckService GmbH & Co. KG, brought the emergency call centres in Belgium, France, Italy, the Netherlands, Austria, Switzerland and Spain together as founding members. The offer met the nerve of time and shortly afterwards numerous well-known commercial vehicle manufacturers and suppliers, as well as logistics service providers belonged to the customer base.