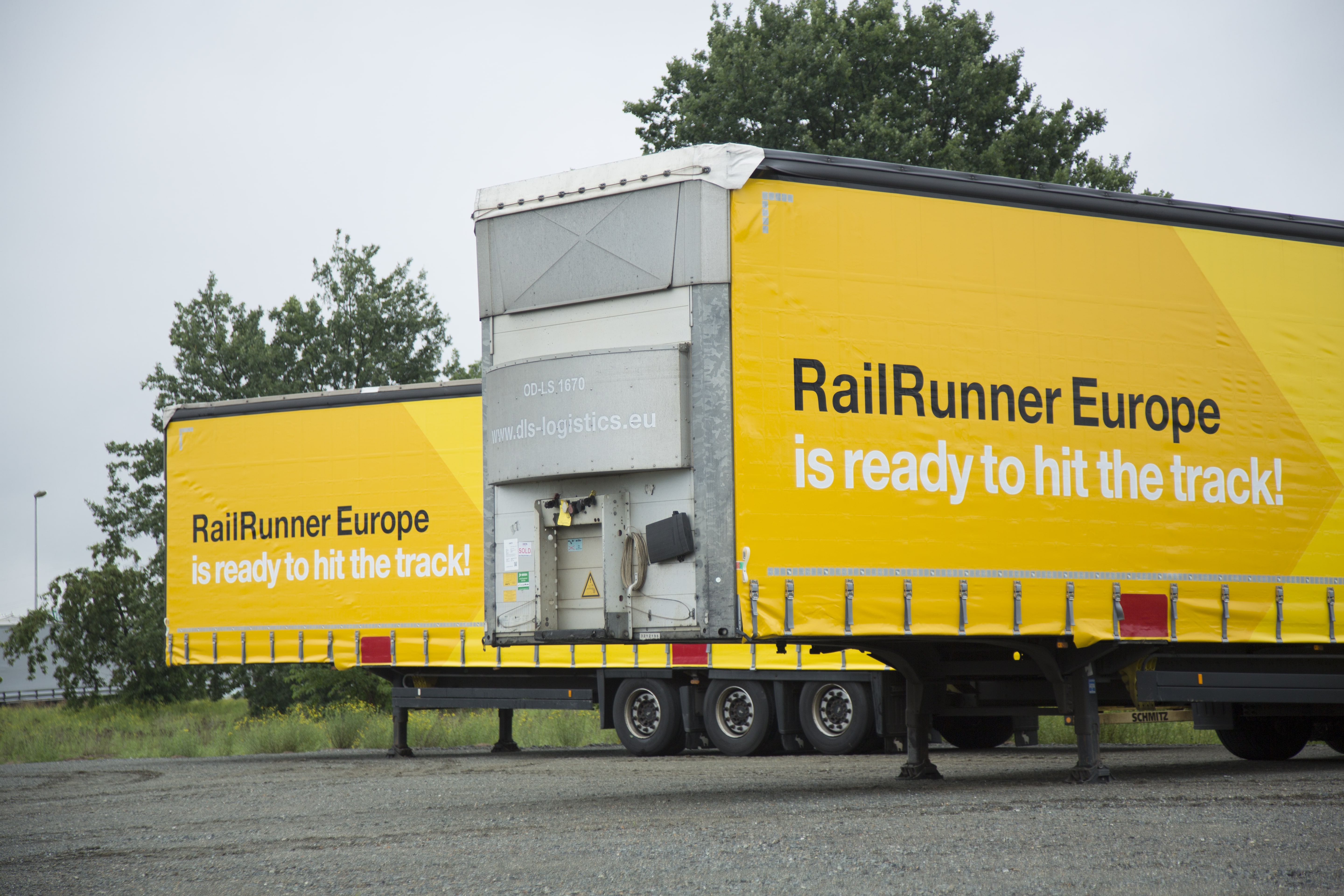 One year ago, RailRunner Europe’s Connection No 1 started as a daily running shuttle train connection between the Port of Brunswick and the Port of Bratislava. Since its launch, goods from the most diverse industrial, commercial and agricultural sectors (such as aggregates, concrete parts, office containers, chips, vehicle parts, potatoes, machinery, sugar) have been dispatched via intermodal transport by rail and road, mainly as door-to-door transport for forwarding agencies etc. The RailRunner terminal in Brunswick, which is close to the A2 and the A39, connects large areas of Lower Saxony and Saxony-Anhalt. Slovakia, Hungary, the Burgenland, Lower Austria and Vienna are being operated via the terminal in Bratislava.

Equipped with pocket wagons and a current stock of 100 fully taxed, conventional, craneable mega-trailers, logistics companies have the possibility to fully test and benefit from the advantages of rail and road in combined transport without making an own investment or longer-term rental. Swap bodies and containers are being transported as well.

On five days per week (Monday – Friday) and within 18 hours, RailRunner trains are safely transporting trailers without congestion in both directions on the approx. 800 km route from Bratislava to Brunswick. This short transportation time also covers essential requirements by the automotive industry. Since April 1st, the terminal in Curtici (Romania) has been connected to the shuttle train connection for three times a week as well.

In addition, all mega trailers are equipped with TrailerConnect telematic units for tracking and Geofencing. Furthermore, load securing devices are stored in the trailer. The trailers are available to forwarding companies and transport companies concentrating on terminal-to-terminal transport with corresponding own connecting and delivery services. Alternatively, trailers are being provided for complete door-to-door services for single or round trips. About the latter, RailRunner as neutral operator cooperates with regionally experienced transport companies such as Spedition Wandt

Another daily departure – at first on three days per week – is being planned for the beginning of 2019.

The US-American holding company RailRunner N.A., Inc. founded RailRunner Europe GmbH in Hamburg in 2015. RailRunner Europe aims at introducing RailRunner’s unique bimodal technology in Europe, in which semitrailers are directly connected to innovative rail bogies without having to rely on conventional terminals with heavy cranes and transloading equipment. After certification, homologation, and approval for Europe, the European RailRunner rolling stock will be manufactured mainly in Europe.