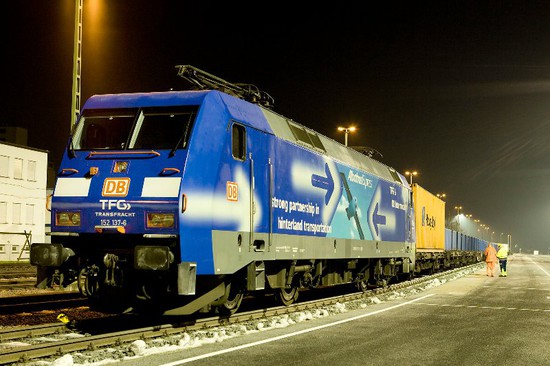 From 2 February 2016, TFG Transfracht will integrate the Erfurt terminal into its AlbatrosExpress network, and increase the number of services between German seaports and Eastern Germany from 34 to 44 weekly departures.

The trains will be operated five times per week between Thüringen Mitte and the container terminals in Bremerhaven and Hamburg. They will carry, among others, containers of the distribution hub of a reputable manufacturer of furniture based in Erfurt. The terminal will complement the cargo hub and is connected to the main route Halle/Erfurt-Berlin via the railway station in Vieselbach. The terminal is operated by Deutsche Umschlaggesellschaft Schiene-Straße (DUSS) mbH.

„We are pleased to meet the demand for intermodal transport solutions in this region with this direct service“, says Frank Gedat, Regional Head East, TFG Transfracht.

TFG Transfracht is the European market leader for containerised seaport hinterland traffic. TFG Transfracht connects the seaports of Hamburg, Bremerhaven and Wilhelmshaven to more than 15,000 places in Germany, Austria and Switzerland via its AlbatrosExpress rail network. As a subsidiary of DB Mobility Logistics AG, TFG Transfracht had a turnover of around EUR 225 million and a transport volume of 850,000 TEU in 2015.