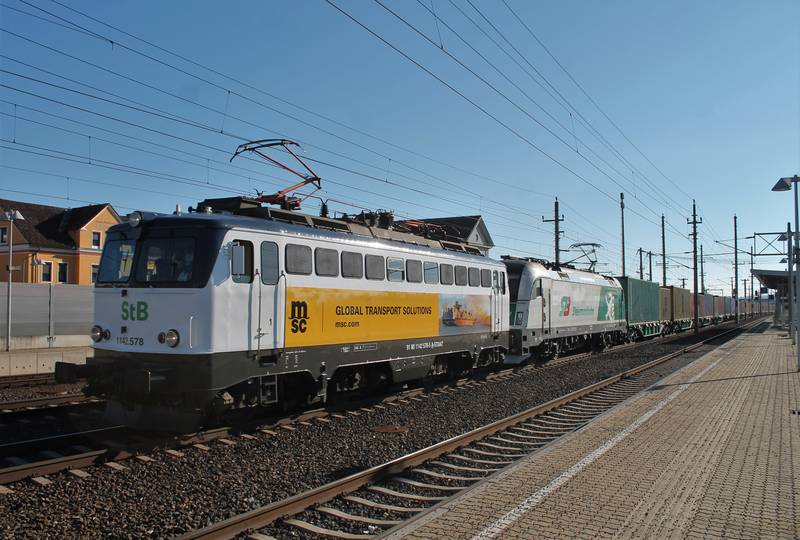 Last week, the Styrian railway company Steiermarkbahn Transport & Logistik GmbH (StB TL) used the 1142.578 locomotive for the first time. In double traction with the 1216.579, a fully loaded container train left the Graz Süd terminal to begin its journey through the wintry Alps to Linz.

The look of the locomotive (1142.578) is a real eye-catcher. The side panels bear elements of the long-standing cooperation partner MSC, which are integrated into the design of the Styrian railway.

The locomotives of the 1142 series can be operated in multiple traction with all line locomotives of the StB TL. The vehicles 2016, 1216 and 1142 can be combined, which significantly contributes to increasing the flexibility of future transport services.

StB TL with its headquarters in Graz specialises in the provision of freight transport services. They accept containers, vehicles, petroleum products, logs, agricultural products and much more for transport. The company uses both, its own traction vehicles and the vehicle fleet of partners and lessors.