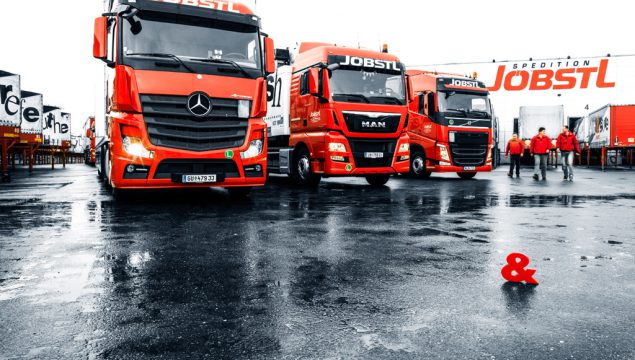 With the establishment of a new national company in Puchheim near Munich, the transportation and logistics service provider Jöbstl, located in Wundschuh near Graz, takes another step towards expansion. The Jöbstl East GmbH is positioned as a competence center for the regions of Central Asia, Caucasus, Near and Middle East and Turkey.
The core competence of the new national company are located in the area of road and rail transport with a focus on Eastern Europe, Commonwealth of Independent States (CIS), the Caucasus, Central Asia, Near / Middle East and Turkey. Furthermore Jöbstl East provides global project management including special transports with access to its own assembly team, air and sea transport specializing in Central Asia, Caucasus and Iran, as well as storage, customs clearance and consulting.
“We take advantage of the optimal route combination of road, rail and water to transport the goods environmentally friendly,” says graduated business economist Angelika Fischer as head of the new national company
Jöbstl Group employs about 250 people in ten locations in Austria, Slovenia, Hungary, Romania, Bulgaria and mow also in Germany. Strategic partnerships in many other countries complement the dense network of the family-owned company.
The range of services of Jöbstl East at a glance:
• Focus: road & rail transports to eastern Europe, Turkey, the Commonwealth of Independent States, Central Asia, Caucasus, Near and Middle East
• Worldwide project management, including special transport with access to its own assembly team
• air & sea transport with focus on Central Asia, Caucasus and Iran
• warehousing and logistics activities
• customs clearance and consulting
www.joebstl.at