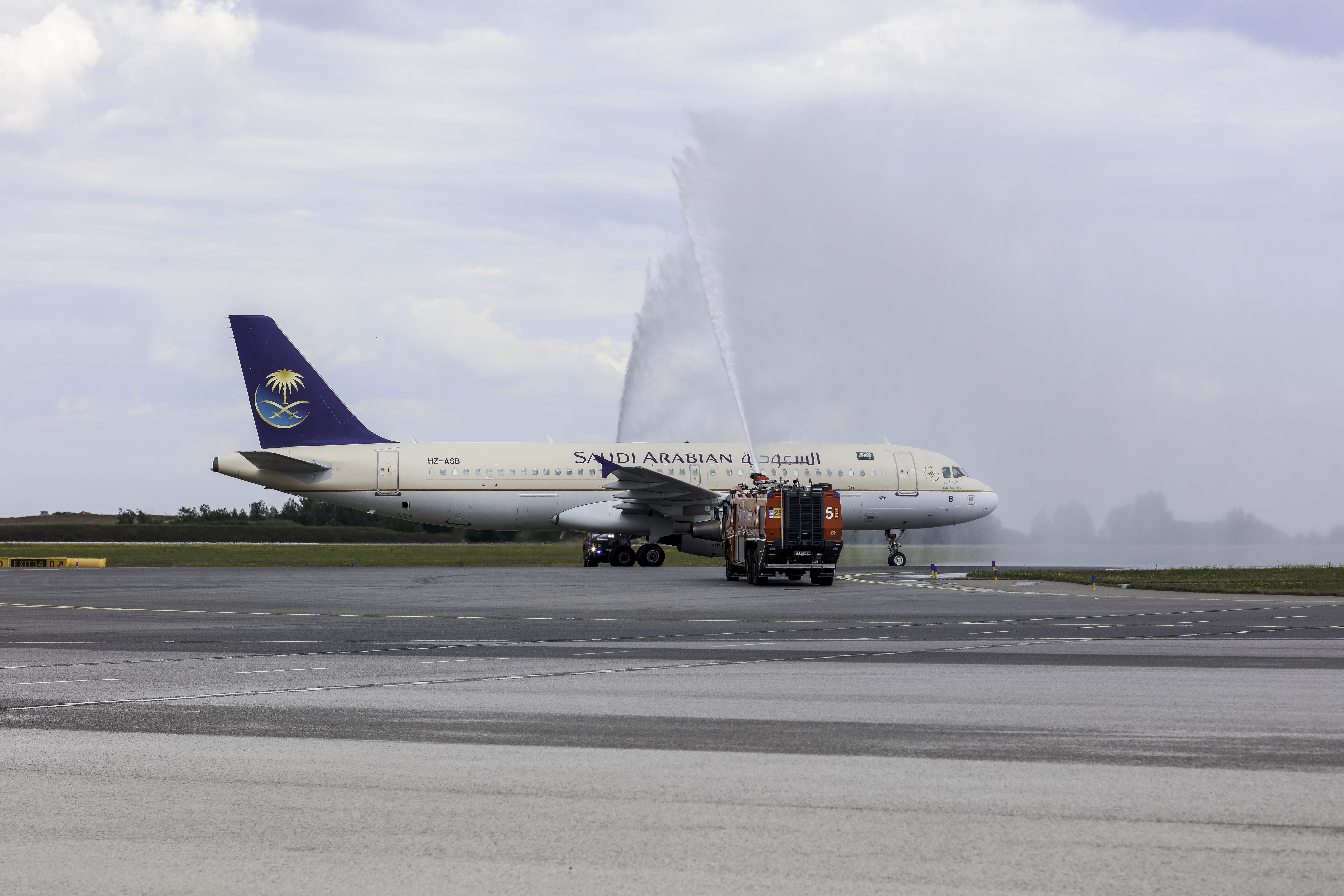 Saudia celebrate their comeback to Vienna. As of now, Saudi Arabia’s largest airline offers regular flights to and from Vienna. As of now, the new flight connection to Riyadh, the capital city of Saudi Arabia, as well as to Jeddah, the important port city in Saudi Arabia, will be served four times a week. This new flight was inaugurated on June 16 at a press conference by Jaan Albrecht, CEO of Saudia, and Julian Jäger, Joint CEO and COO of Vienna Airport.

The presence of Saudia at Vienna Airport means that one of the largest airlines in the Middle East is now represented there. The new flight connection provides positive impetus, particularly for Austrian tourism and the popular travel destination of Vienna.

Jaan Albrecht announced an increase to a daily flight frequency on the Vienna route on the medium term. Also the use of wide-body aircraft could be an option, if the number of passengers and freight volume require such action. Big cargo shipments from Austria are currently transported via air freight from Munich or Frankfurt to the kingdom.

Effective immediately, Saudia offers four weekly frequencies from Vienna to Riyadh and Jeddah. The Airbus A32 leaves Jeddah at 7:40 a.m. on Tuesdays, Thursdays, Saturdays and Sundays and arrives in Riyadh at 9:20 a.m. The continuation of the flight from Riyadh to Vienna departs Riyadh at 10.10 a.m. and arrives Vienna at 2:40pm. The return flight takes off from Vienna at 4 p.m. and lands in Riyadh at 10:20 p.m. and is scheduled to land in Jeddah at 01:10 a.m. on the following day.

Saudi Arabian Airlines (Saudia) is the national carrier of the Kingdom of Saudi Arabia. Currently in its 73rd year of operations, the airline had been serving Vienna between 2007 and 2009.  Currently the airline flies to 94 destinations across four continents with a fleet of 148 aircraft, half of them wide body aircraft. The freighter fleet of Saudia Cargo counts 16 aircraft (Boeing 747F and 777F).