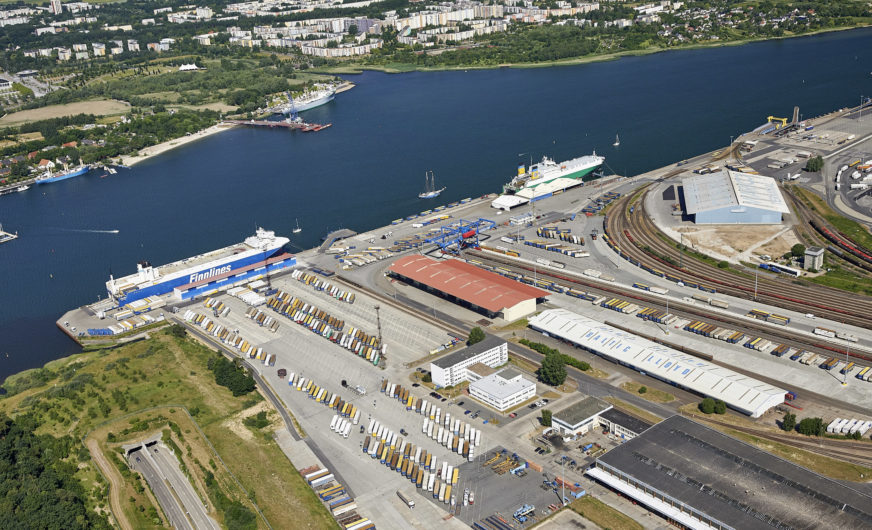 What was particularly encouraging, was the volume handled on the link to Duisburg, operated by Kombiverkehr since January 2015. The Rhine-Ruhr region is an increasingly important volume / target area for the port of Rostock. In addition, the terminal in Duisburg-Ruhrort serves as a hub for connections to the BeNeLux countries, but also to France.

The connection to Verona, set up by TX Logistik in March 2015, is currently operated twice a week, and as so-called “open” service, ie accessible for third parties, it is completing the high-frequency, weekday departures of “closed” trains by Lkw Walter and DB Schenker to Verona.

“We are very pleased with the CT-development, but are still working to intensify individual relations and establish new combined transport connections to regions that were previously not served,” says Dr. Gernot Tesch, Managing Director of Hafen-Entwicklungsgesellschaft Rostock mbH. “This is done in close coordination with the ferry and RoRo shipping companies active in Rostock, with Rostock Trimodal and train operators. ”

A relation to the Adriatic port of Venice has recently entered the project stage. Both ports and the Grimaldi Group, including Finnlines, a shipping company operating in the Baltic Sea, agreed on a feasibility study of an intermodal rail service.

This service will connect as a land bridge, the route networks of the Grimaldi group in the Mediterranean and the Baltic Sea. Venice for example, is connected by scheduled services to southern Italy and Greece. Rostock offers 120 weekly ferry and RoRo departures to Denmark, Sweden and Finland as a node to northern Europe.

In addition, the strategic cooperation with DB Schenker in Rostock until 2024 is an important element to strengthen the logistics function in the port. The partnership contributes significantly to the positive development in intermodal Transport.