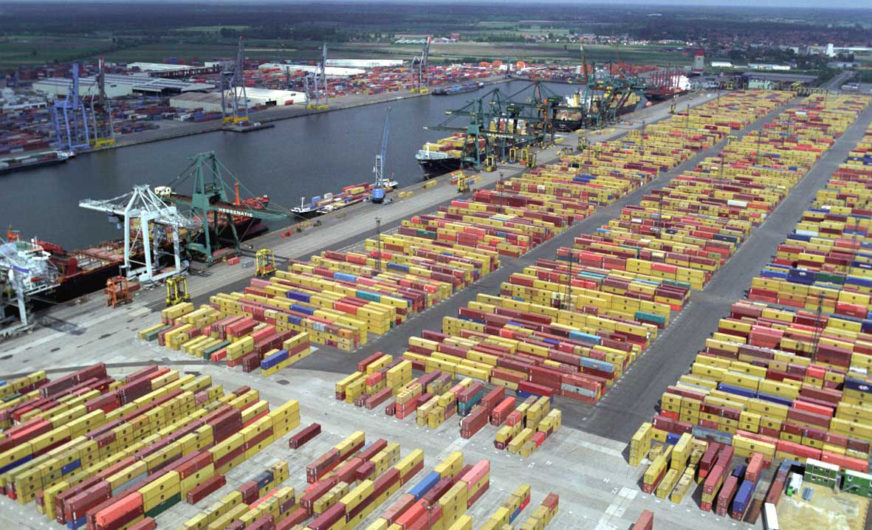 The port of Antwerp handled 156.5 million tonnes of freight in the first nine months of this year, up 5.5 percent on the same period last year. The steady growth in the volume of container freight (up 8.0% in TEU, 5.4% in tonnage) and of liquid bulk (up 7.9%) means that the port of Antwerp is poised to close the year with a total volume of 200 million tonnes.
Expressed in TEU the container volume rose during the first nine months by 8 percent to 7,265,577 TEU. In terms of tonnage the volume came to 85.48 million tonnes (up 5.4%). Antwerp is winning market share on all trading routes. Even in the Asian trade the port managed to close the first nine months of 2015 with growth of 6.2 percent, which is all the more remarkable in view of the declining volumes on the trading routes to and from the Far East.
The ro/ro volume for its part was up by 2.5 percent to 3.46 million tonnes, although the number of cars handled was down by 9.7 percent to 825,312 vehicles. The conventional breakbulk volume in the meantime was down by 1.8 percent, with 7.3 million tonnes handled by the end of the first nine months. The volume of iron and steel was up slightly by 2.4 percent to 4,983,794 tonnes. The decline in the breakbulk segment is due to the increasing containerisation of fruit and the consequent fall in conventional handling.
A total of 10,786 seagoing ships called at the port of Antwerp during the past nine months, 2.5 percent more than in the same period last year. The gross tonnage for its part rose by 7.7 percent to 271,015,177 GT.
www.portofantwerp.com