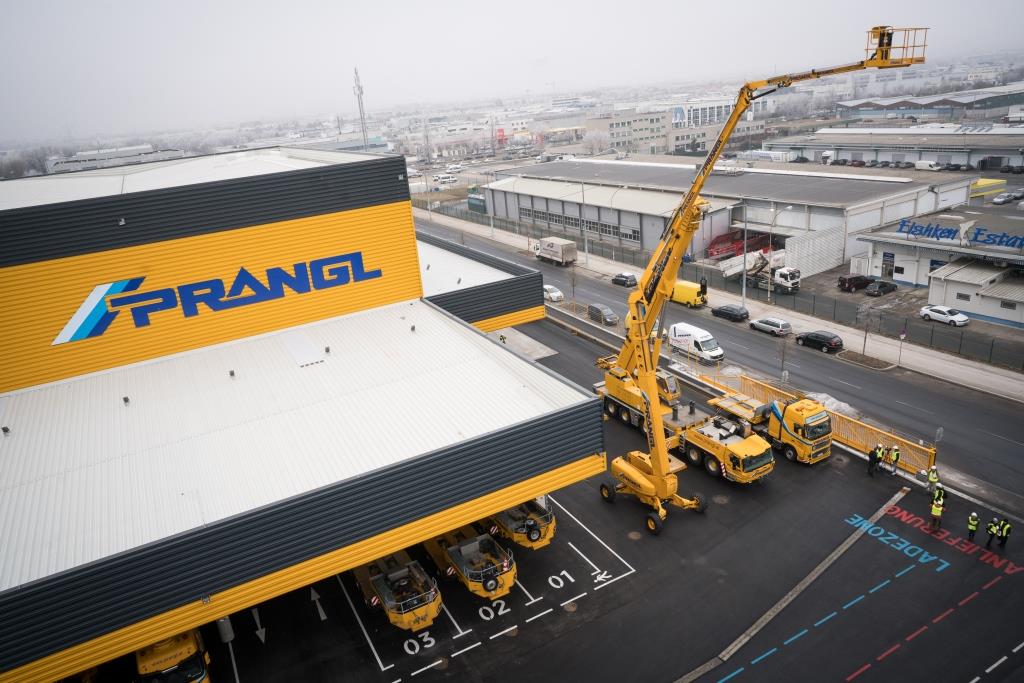 Prangl Gesellschaft m.b.H., the internationally operating family enterprisespecialising in crane rental, heavy haulage, heavy shipments and working platforms, has moved its headquarters from Brunn am Gebirge, Lower Austria to Vienna Liesing. The new corporate headquarters is now located on an almost 67,000 m² plot at the address Richard-Tauber-Gasse south of Großgrünmarkt in Vienna Inzersdorf.

“Thanks to the good transport links, the proximity to our previous location, the space available and the support of the Vienna Business Agency, we have decided to return to Vienna,” Managing Director Mag. Christian Prangl explained the reasons for the relocation to the press.

Prangl Gesellschaft m.b.H. was founded in 1965 by KR Josef Prangl in Vienna’s Simmering district. In 1980, the company’s headquarters were moved from Vienna to Brunn am Gebirge, Lower Austria. Within a period of about 50 years, the company has developed into an international group, which is represented not only in Austria, but also in Hungary, Slovenia, Croatia and Slovakia with its own companies. In total, the company employs around 650 people who have achieved a consolidated turnover of EUR 93.2 million euros in the 2015/16 fiscal year.

In a first step, facilities were constructed on 51,000 m² of the new location in Vienna. The result is 3,500 m² office and communal areas, 3,800 m² workshop and 20,500 m² hangar and flying roofs. The remaining areas are provided for future expansion. The total investment is EUR 41 million.