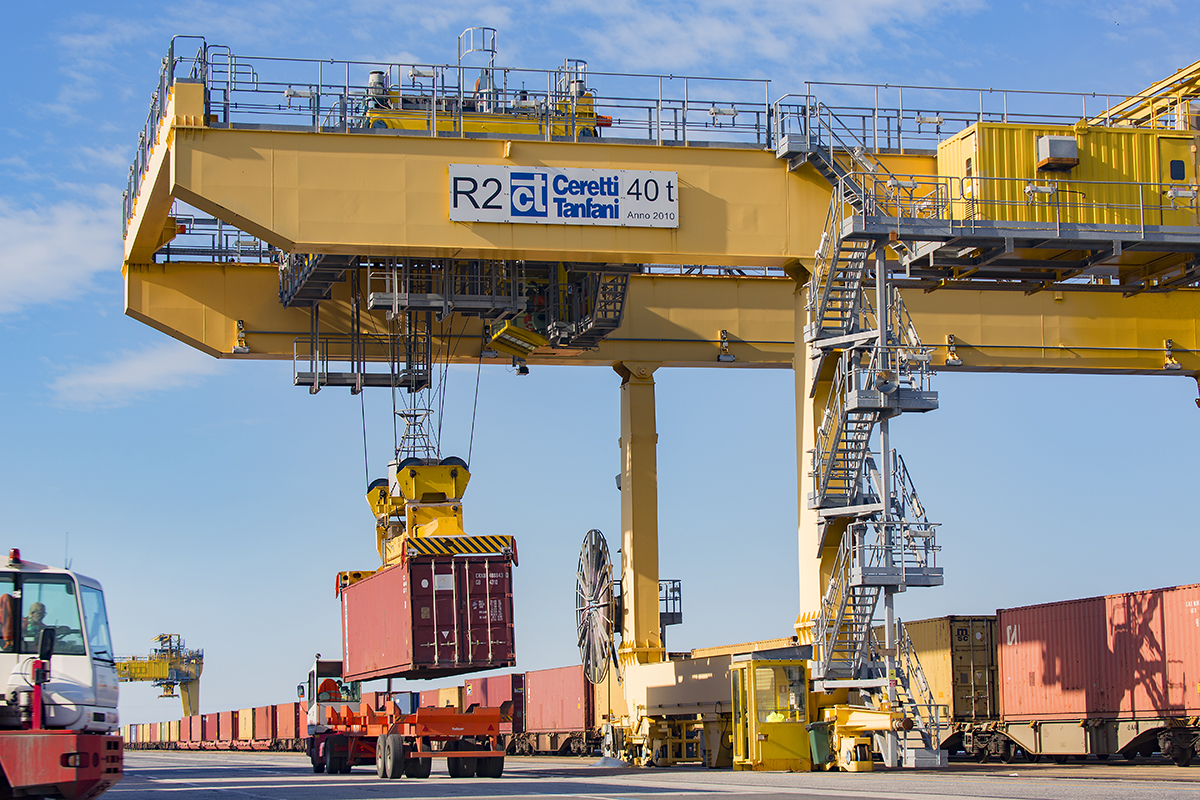 The “Gate Four” (Varco 4) of the Port of Trieste has been activated a couple of weeks ago to connect directly the container terminal to the national and international railway network.

The additional gate allows a significant improvement in efficiency and railway capacity of the port by 45 per cent, which potentially raises from 7,500 to 11,500 trains per year (the weekly railway capacity goes from 120 to over 200 trains). Furthermore, it optimizes the railway operations at MoloVII which, thanks to this dedicated gate, is now independent from the railway operations of the other terminals. That also leads to an increase of the cargo moved in the Port and especially of cargos loaded and unloaded by Trieste Marine Terminal.

In the meantime the overall traffic of the Port of Trieste is reaching its annual record. Another important data is the staggering growth of the railway traffic which took place by unifying the train shunting, decreasing by half costs and time of the work. Data shows that, in the first nine months of this year, 5,600 trains have been operated in the Port area, which is exactly the same amount of the whole year 2015.

This increase is going to reach 30 per cent and Trieste will become the first Italian rail Port with a wide range of direct connections throughout the national territory and Central/Eastern Europe.