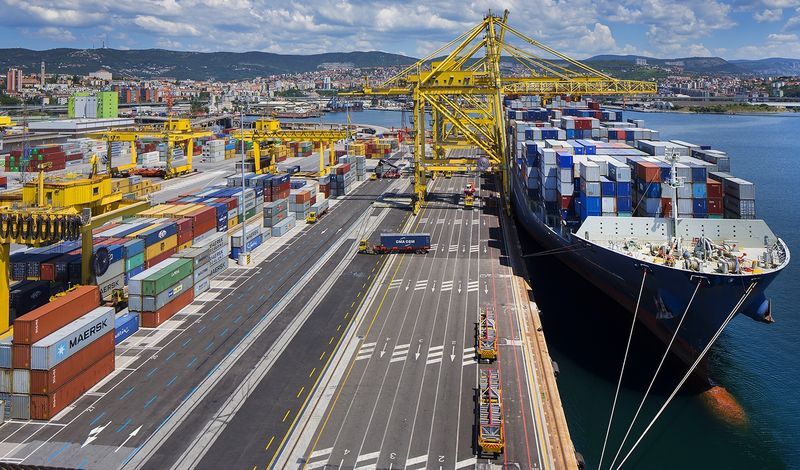 For the north Italian maritime port of Trieste 2018 had been a successful year. Total throughput volume in 2018 has increased by 1.2% compared to 62,7 million tonnes.

The port recorded particularly strong growth in container handling in 2018. With a double-digit growth rate of 18% over the previous year, this sector achieved a record turnover of 725,000 TEU.

However, there was a slight decline for liquid bulk (-1%) and RO-RO (299,400 units or -1%), partly due to the collapse of the Turkish Lira, resulting in diminished exports from Istanbul.

“The rail traffic is the undisputed driver of our growth,” says Zeno D’Agostino, President of the Port Authority – this is also a confirmation for the port of Trieste that the investment in the railway infrastructure totaling EUR 120 million was a good one.

The performance of rail transport goes hand in hand with environmental sustainability: the trains that were handled last year also mean that about 210,000 trucks were taken from the road.