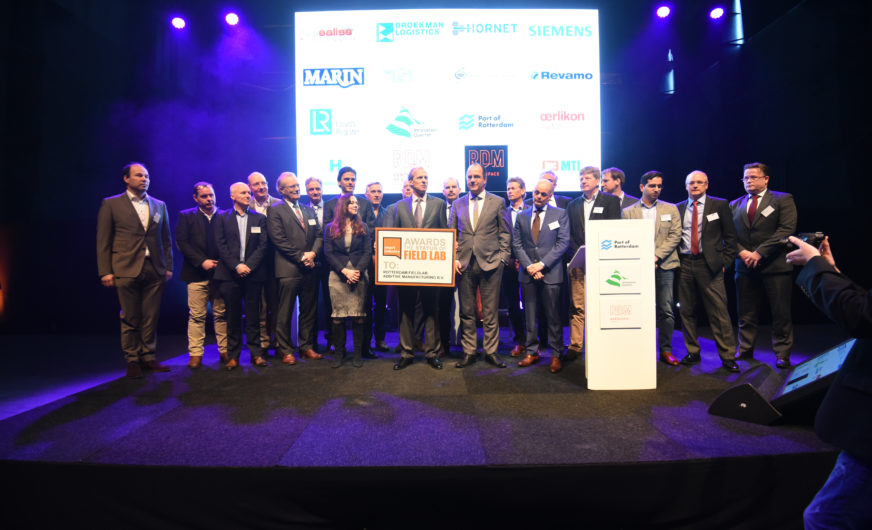 RDM Rotterdam will acquire metal printers and a centre for the development of knowledge in the area of metal printing, 3D scanning, 3D design and certification.

The Fieldlab is planned to be operational in the second half of the year. The investment in Rotterdam amounts to several million euros. An advanced 3D metal printer costs approximately EUR 1 million.

This Fieldlab will provide port-related companies with a collective location to accelerate developments in this area and to work together on applications for the (maritime) industry. The Fieldlab will be located in the Innovation Dock at RDM Rotterdam, the site of choice for innovation in the Rotterdam port area, where companies, researchers and students work together on shaping the new manufacturing industry.

Allard Castelein, CEO of the Port of Rotterdam Authority “The Fieldlab is a logical follow-up to the pilot project initiated in 2015 to manufacture spare parts for ships using 3D print technologies. Rotterdam wants to be the world’s smartest port and a leader in the application of this kind of innovation. That is good for the economy and good for employment.”

The eventual size of the Fieldlab will depend on the participation of companies and institutions. Currently, fifteen companies have signed a declaration of intent for participation in the Fieldlab. The intent is for Fieldlab to be operational in the second half of the year. If, in a few years, Fieldlab can stand on its own two feet or if 3D metal becomes a commonly applied technology, the Port Authority intends to withdraw again.