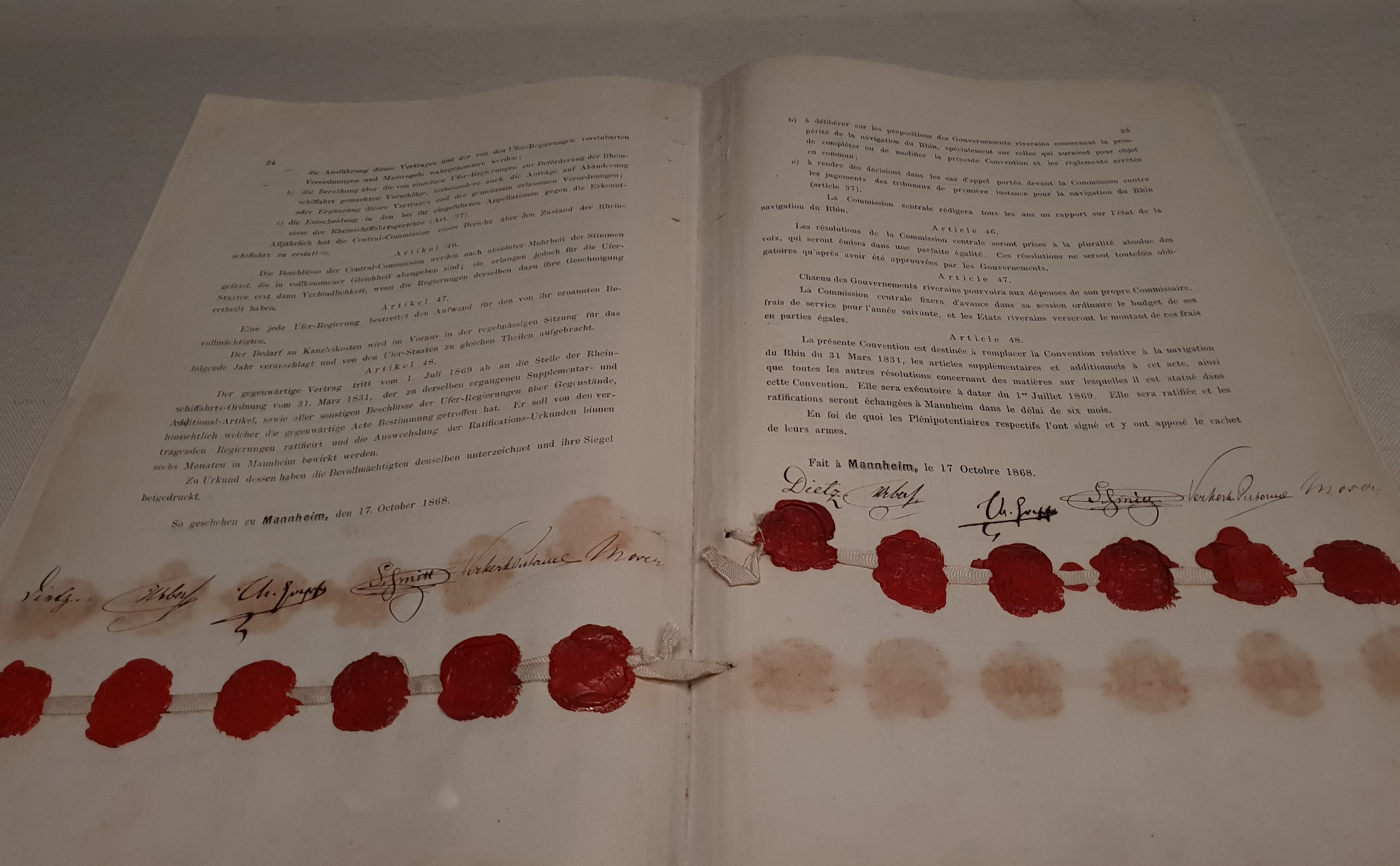 Last year, the Revised Rhine Shipping Act – Mannheim Act for short – celebrated its 150th anniversary. The international agreement was ratified on 17 October 1868 by the then riparian states of Prussia, Baden, Bavaria, France, Hesse and the Netherlands, which still controls traffic on the Rhine.

On 18 January, the Mannheim Act was received for an exhibition at the Museum of German Inland Navigation at a ceremony in Duisburg. A boat of the river police brought a suitcase with the original documents to the feeder of the museum in the railway basin in Ruhrort, where the file was handed over to Duisburg’s cultural affairs director Thomas Krützberg.

Roberto Spranzi (DTG, Duisburg), Vice President of the Association of German Inland Navigation (Bundesverband der Deutschen Binnenschifffahrt e.V., BDB), praised the rules and regulations as part of a welcoming speech: “Even today, the Mannheim Act is still of outstanding importance for inland waterway transport. For more than 150 years now, it has ensured the tax-free navigation on the Rhine – one of the most important waterways and transport routes in Europe. By signing this treaty under international law, the signatories have shown great foresight and paved the way for free trade between states.”

For Roberto Spranzi, shipping on the Rhine plays a major role for the economic success and prosperity of Europe. Especially in times when there are always discussions about tariffs and trade barriers, the Rhine Navigation Act should be highlighted as a pragmatic and working example of free trade. Moreover, the Act is an example of successful European cooperation.

The original file is stored at the headqueraters of the Central Commission for Navigation on the Rhine (CCNR) in Strasbourg, which has been created as a result of the agreement and still functions as the “guardian” of free navigation on the Rhine. On the occasion of the jubilee celebrations in 2018, the Act was exhibited in Mannheim Castle and will be presented at various locations along the Rhine.