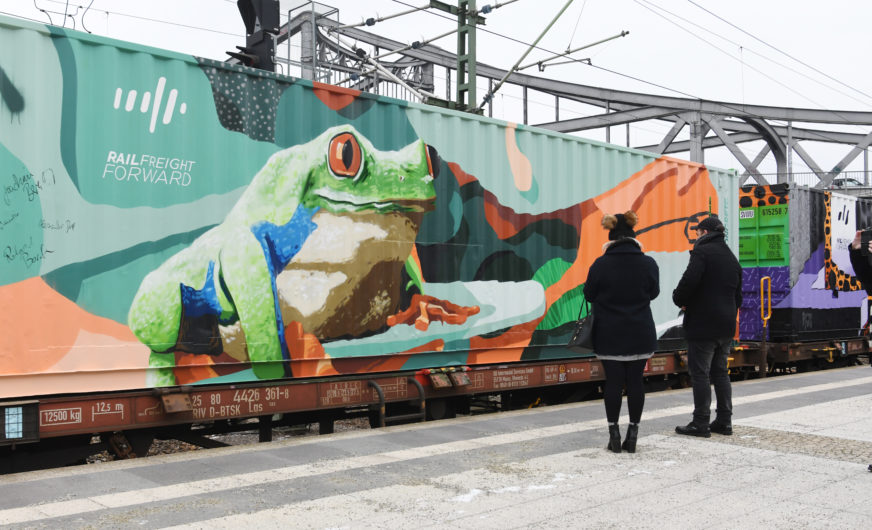 Rail Freight Forward (RFF) is a pan-European initiative. The aim is to communicate to the public in Europe that rail freight transport is an essential response to the challenge of climate change. Shifting freight transport to rail is the quickest and most direct way to combat even more CO2 emissions and climate pollution.

„There is still a lot to be done for this modal shift: we need fair competition conditions between rail and road. For example, through tax relief for traction, current and clear European-wide toll rules for road transport. Further progress must be made to harmonise procedures and regulations at EU level and the reduction of interfaces at national borders,” reads a press release by Rail Freight Europe.

This should increase the competitiveness compared to the truck. the vision of Rail Freight Europe is to make it as easy to run a cargo train through Europe as a truck transport. Only an increase of the rail share in the modal split will permit to reach the climate goals of the 2016 Paris Agreement.

Rail Freight Forward has already made great achievements in just one year. With 16 stops in cities across Europe and a total of 19 containers beautifully spray-painted with animals from all over the world, the coalition’s climate ambassador – Noah’s Train – has been spreading the message of 30 by 2030 since its launch at the COP24 last December.

At over 200 metres in length, Noah’s Train has become the world’s longest mobile artwork. It has brought the RFF message to at least 1 million European citizens via traditional and social media, with an ever-increasing number of followers and supporters. Ten more European railway undertakings joined the coalition over the course of the year; the movement is growing and momentum is building to help protect our climate by shifting more freight transport from road to rail.

For the first time, competitors at European level with strong participation from Austria are working together on a vision in the highly competitive rail freight transport market. Everyone is aware that modal shift can only work together after all. Not only the Rail Cargo Group but also the LTE group and the East-West Logistics Network are part of the European alliance.