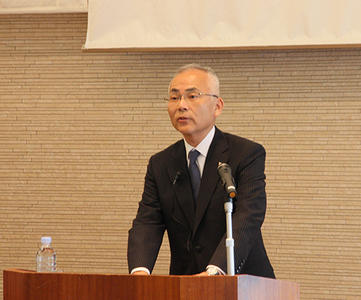 NYK’s 130 year history be roughly divided into three periods. The first begins in the year of our founding, 1885, and ends with the devastation of World War II (WW II). In the second period, the company started from nearly nothing to overcome the chaos that followed the war and achieved a miraculous recovery during Japan’s record economic growth. The third period was marked by a loss of cost competitiveness due to yen appreciation stemming from the Plaza Accord in 1985, followed by the end of the Cold War and trade diversification and globalization amid ongoing structural reforms in the shipping industry.
Over the last three decades, ongoing business diversification and globalization have resulted in consolidated revenues increasing by a factor of 5.3, from USD 3.7 billion USD to 20.0 billion. The fleet of vessels has more than doubled in number. The value of our total assets is approximately six times as great. The consolidated subsidiaries and affiliates have grown from 36 in 1985 to more than 700 today. Approximately half of these are ship-owning special purpose companies (SPCs).
Addresssing to the company employees NYK president Tadaaki Naito says: “We should not be pessimistic and stand still. We must plant and grow the seeds of new differentiation. We must remain hands-on and be continually sensitive to the winds of change. This is the NYK Group DNA, the essence of the creative solutions that I have being referring to since I was appointed president. Currently, under the new medium-term management plan, ‘More Than Shipping 2018’, we are pursuing new differentiation through advancements, which we expect will give rise to our next competitive advantage.”
www.nyk.com