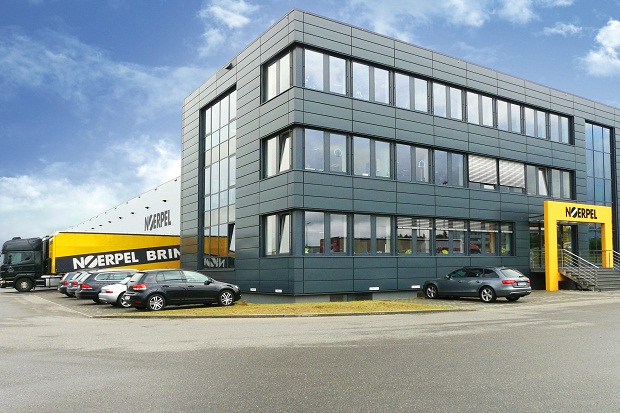 As of  1 November 2015 the Noerpel group took over 100 per cent of the Hamburg-based Rapid group’s general cargo business. In line with this transaction Bettina Nagel was appointed Branch Manager of Noerpel in Hamburg. The 48-years old had been holding the position of the Managing Director of Rapid Internationale Spedition GmbH & Co. KG, Hamburg. Rapid will focus on the business segments of logistics/warehousing, importation/exportation and property rental. „The general cargo volume of Rapid is optimally complementing our activities in Hamburg“, says Stefan Noerpel-Schneider, Managing Associate of Noerpel.
The Noerpel group is an associate and member of important general cargo cooperatives. With regard to international general cargo Noerpel uses its own transport capacities and is closely cooperating with partner companies. For Rapid the logistics provider will as of now manage pre and onward carriage for groupage cargo.
Established in 1881, Noerpel managed in the fifth generation today. The family enterprise is headquartered in Ulm and operates locations in northern and southern Germany, in the Rhine region and the Czech Republic. Apart from southern Germany, the company counts among the leading logistics providers in Vorarlberg and northern Switzerland. The customers are mainly from the consumer goods and food industry, as well as supply companies. Their about 1,700 employees at 14 generated a turnover of more than EUR 280 million in 2014.
www.noerpel.de