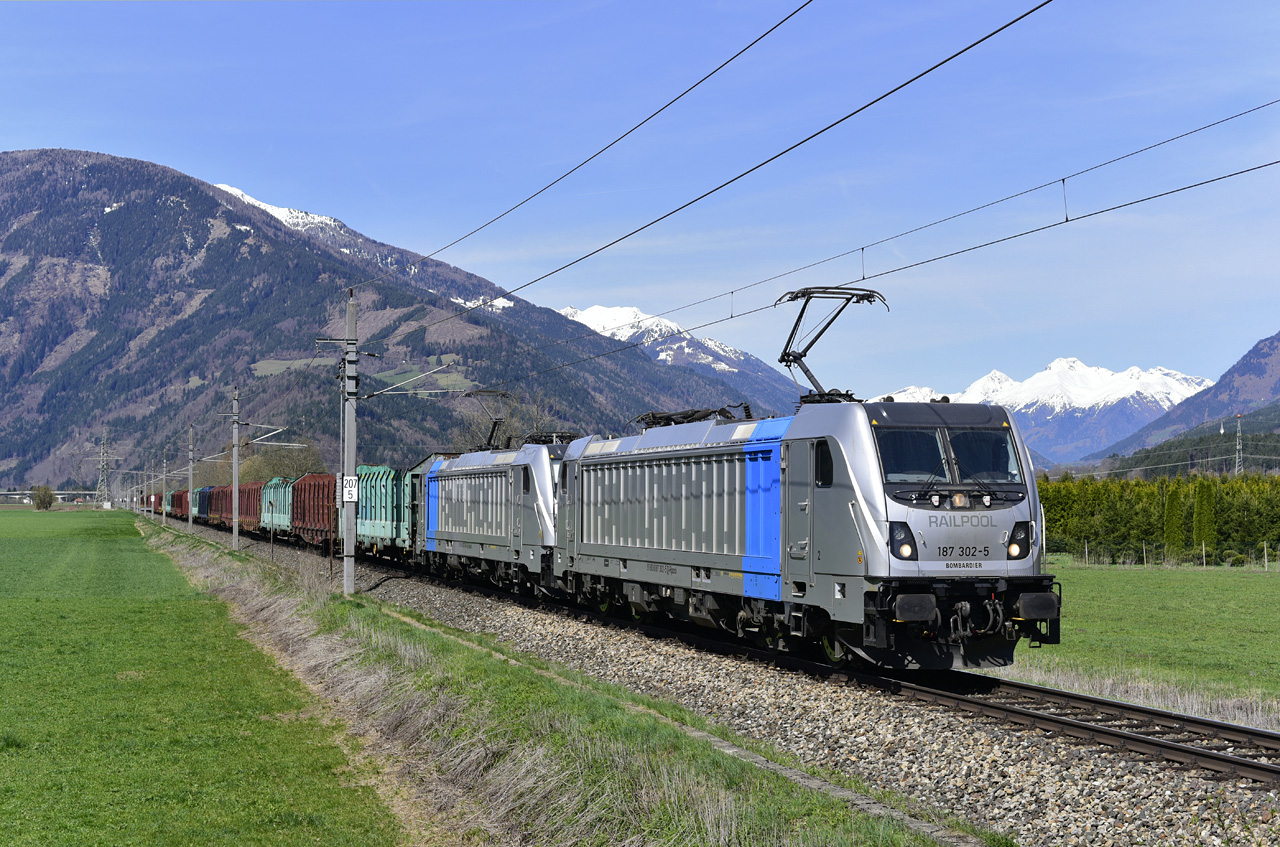 B&S Logistik has put two new freight train projects on the rails in recent weeks. On April 13th, 2018, a block train operated by Wiener Lokalbahnen Cargo (WLC) with wood from Brno arrived in Markt Sachsenburg, Carinthia. After the train was split in Spittal-Millstättersee, another service was trip was made in the evening. The Railpool 187 locomotive demonstrated its “last-mile” qualities on the currentless section of the connecting line. On the following day, the remaining wagons were delivered to the sawmill of the Hasslacher Drauland Holzindistrie, split to two journeys.

Since its founding in September 2007, the company has grown into an international rail logistics specialist with 20 employees at its own locations in Vienna (headquarters), Salzburg (since 2008) and Bratislava (since 2011). A volume of 1.2 million tonnes (2017) was carried by rail for the wood, paper, chemical, agricultural, steel and automotive sectors, with a focus on Sweden, Belgium, the Netherlands, Germany, Austria, Italy, the Czech Republic and Slovakia.