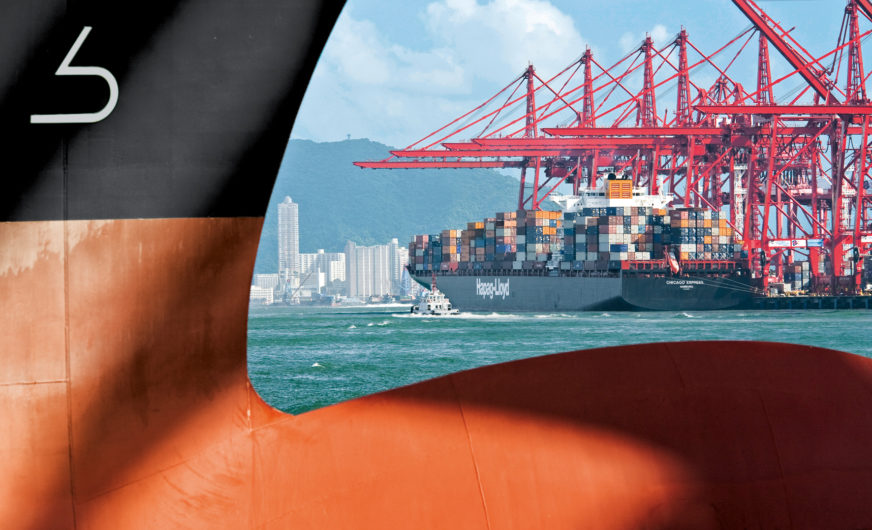 A personell change is to take place at the head of the Hapag-Lloyd branch in Vienna. Reinhard Neitzel – current Area Manager Central Europe (including Austria) – will pass his function to Felix Loebbel before the end of June. He will then join some projects of Hapag-Lloyd at the company headquarters in Hamburg, before he will retire by the end of January 2016 after more than 45 years of working for Hapag-Lloyd. Felix Loebbel comes from the CSAV shipping line, for which he had lately been working in Belgium.
Deploying about 200 modern vessels, Hapag-Lloyd is a globally leading shipping line. Since the fusion with the container business of CSAV in December 2014 the fleet has a total capacity of about one million TEU and more than 1.6 million TEU containers, including one of the world’s biggest state-of-the-art reefer fleets. The combination of more than 100 Hapag-Lloyd liner services and the about 40 CSAV services offers fast and reliable connections between all continents.
In the last financial year Hapag-Lloyd saw its transport volume grow by 7.5 per cent to 5.9 million TEU. Sales revenues increased by 3.7 per cent to EUR 6.8 billion. EBITDA amounted to EUR 98.9 million (previous year: EUR 389.1 million) operating results were EUR -112.1 million (previous year: EUR 67.2 million).
www.hapag-lloyd.de