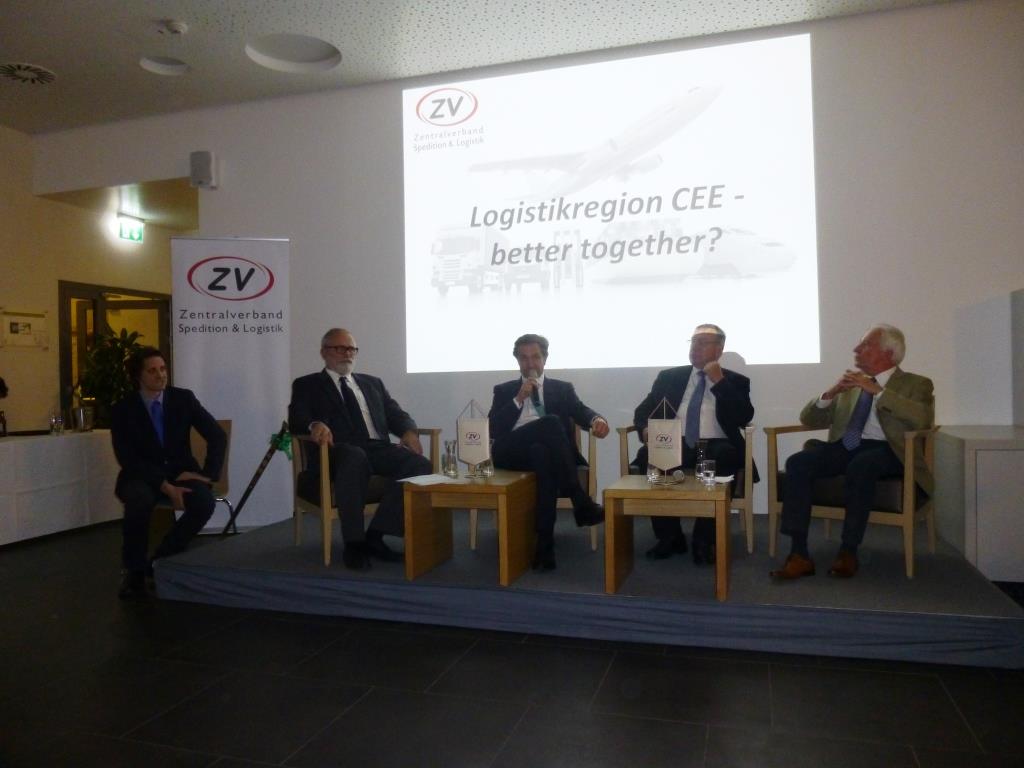 The 2016 General Meeting of the Zentralverband Spedition & Logistik, an Austrian association of forwarding and logistics, took place on November 25 in Vienna’s Haus der Industrie. On this occasion entrepreneurs and top managers of the Austrian logistics and forwarding industry have met and discussed among other topics “national logistics alliances” and “regional logistics networks “.

In a panel session on the eve, representatives of logistics associations from the neighbouring countries Hungary, Slovakia and Slovenia, headed by the ZV President Wolfram Senger-Weiss, discussed common goals and interests, and possible joint lobbying topics for Brussels. In a second round on 25 November, alliances and synergies to promote Austria as an industrial and logistics site, were discussed. Prominent panelists included Andreas Matthä, CEO ÖBB and Peter Koren, Vice Secretary General in the Federation of Austrian Industry.

“Austria has much to offer as a location for logistics, both as a hub for Central, Southern, Eastern Europe and Asia, as well as the expertise of domestic carriers, highly estimated far beyond the country’s borders. However, when it comes to marketing Logistics Made in Austria, there is still much to do”, said Wolfram Senger-Weiss, President of the Zentralverband Spedition & Logistik.

While Austria as a logistics location was only ranked 22nd in the World Bank’s Logistics Performance Index in 2014, it managed to achieve the 7th place in 2016, thus one of the top 10 again. “A respectable success, which reflects the power and quality of the Austrian logistics companies. As stakeholder, we strive to actively position the strengths of the Austrian logistics sector and to find alliance partners,” Wolfram Senger-Weiss pointed out.