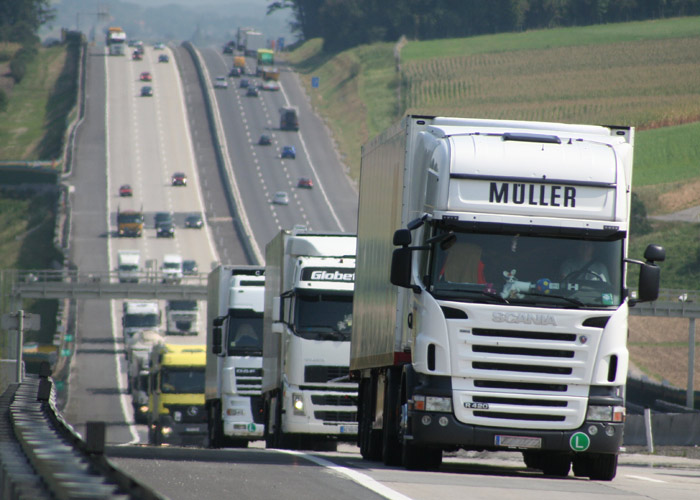 Compared to 2015, ASFINAG’s preliminary transport balance for 2016 shows a clear increase on all major transport corridors in Austria. After analysing all counting stations, the calculated average for Austria showed an increase in total traffic by 2.9 percent, and 2.7 percent for light duty vehicles (up to 3.5 tonnes). Heavy transport (trucks and buses over 3.5 tonnes) was up 4.8 percent. The total transport volume was 30.6 billion kilometers.

The detailed analysis by corridors shows that traffic has increased all over Austria, thus not only disproportionately in a particular region. Even the 2015 transport balance showed a corresponding increase in Austria in general.

The 2016 balance can be interpreted as a strong signal of the recovering economy in Europe. Almost all corridors show significant increases in individual and truck traffic. The only growth rate below the Austrian average was on corridor 2 (A 12 Inntal motorway).

The traffic growth in percent by corridors / regions (traffic on weekdays):

Corridor 1 Arlberg: A 14 Rheintal motorway, S 16 Arlberg expressway and A 12 Inntal motorway to the Innsbruck intersection: Total increase + 6.3 percent; trucks + 17.2 (due to the Arlbergtunnel ban in 2015, the frequency was higher in 2016)

“These figures clearly show that well-developed highways and expressways are essential – both for individual mobility needs as well as for cargo transport”, said Alois Schedl and Klaus Schierhackl, ASFINAG board members.