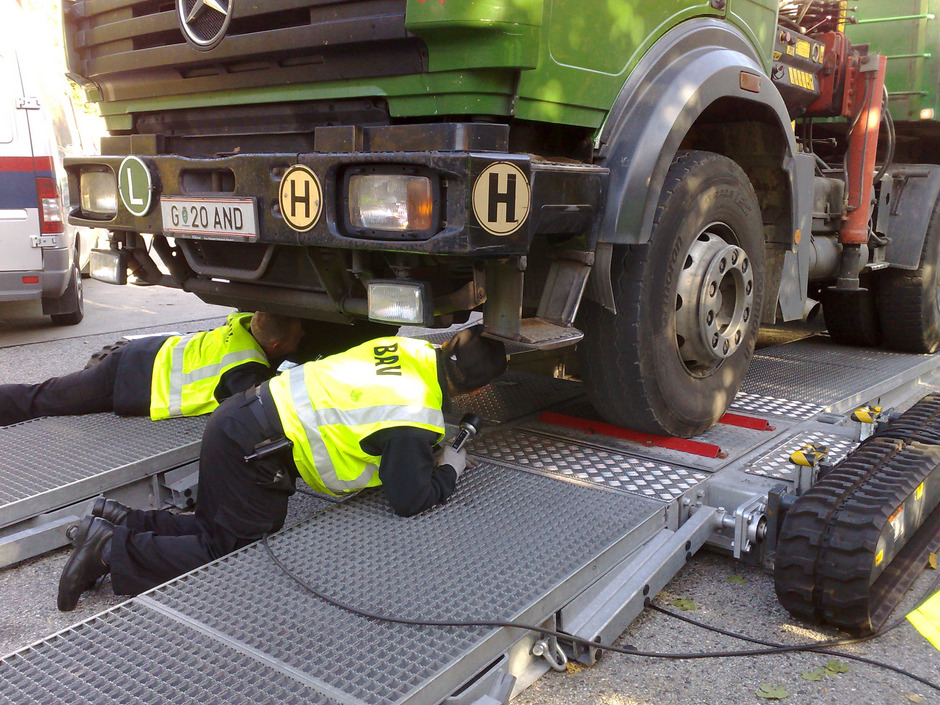 The Austrian Ministry of Transport, Innovation and Technology announced enhanced emission tests for trucks in a press release. In the context of the platform on truck safety, the exhaust emissions from trucks will be increasingly checked in technical roadside inspections in Austria. An exhaust telemetry system is used to determine distinctive values. In addition, the Federal Transport Office in cooperation with the Vienna University of Technology is enhancing its exhaust tests for passenger cars to cover also trucks.

“Exhaust manipulation is fraud and harmd the environment and health. We put a stop to this by checking cars and now also trucks with special tests,” said Transport Minister Jörg Leichtfried. According to a recent study from Germany, exhaust manipulations might be widely used for trucks.

The Federal Transport Office has launched the emission tests last year. Until now, several car manufacturers have been tested, now also trucks will be tested. The focus of the inspections is on shutdown systems, exhaust emissions and fuel consumption. The first results are expected in spring 2017.