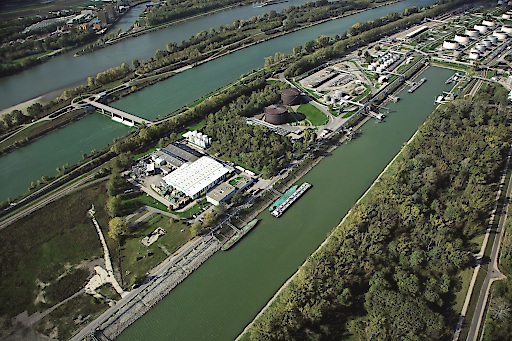 Lukoil, a Russian oil and gas group, is to replace its holding of the Lukoil Lubricants International group from Amsterdam to Vienna. The merger under the name Lukoil Lubricants International Holding GmbH was effected on 8 September in the company register of the Vienna commercial court Handelsgericht Wien. Through this holding the group has – apart from its production site in Vienna Lobau – holdings in Germany, Finland, Romania, Bulgaria, Belarus, Ukraine, Turkey, Dubai, Kazakhstan and the US.
Lukoil Lubricants International Group is the international lubricant division of the largest private Russian oil company and generated sales of approximately USD 834.7 million in 2014. The parent company Lukoil has the largest privately owned oil reserves, thus ensuring security of supply for all markets in the future.
Lukoil plans to evolve into the most important hub for international activities of Vienna, as Chairman Vagit Alekperov announced in the middle of the year. “The favorable geographical location in the center of Europe, the good living conditions for the local staff and the stable tax laws are clear advantages of the Austrian capital as a business location,” he adds.
The involvement in Vienna started in 2014 through the 100% takeover of the former OMV lubricant manufacturing plant in Lobau by Lukoil Lubricants Austria. Now the company is investing largely in the expansion of the production facility and the technological modernization of the site. The core elements of the expansion are a floating oil transfer station, the construction of several storage tanks and the conversion of existing warehouse into production tanks. So the existing capacity can be more than doubled. In addition, it will also the possible to load and unload inland vessels in the future.
The innovations in production provided Lukoil the basis for the so-called “First-fill” business, which is the basic supply of engine oil to new cars. Lukoil can provide these oils and wants to produce them in Austria in future.
For Lukoil the Vienna production site is a particularly advantageous location for several reasons: the supply by barge allows a saving of 500 tonnes of CO² in the first year. In addition, the modern construction of the production facility respects the highest environmental standards that can currently not be provided by other European producers. The future possibility of direct transhipment from barge to rail makes Vienna a potential hub for Lukoil in Central and Western Europe. The official launch of the expansion work was in February this year.
Lukoil is confident to achieve a quality and logistic advantage through a modern production site in the heart of Europe, which will make the company a basic supplier of the European automotive industry in the “First-fill” -segment.
www.lukoil.com