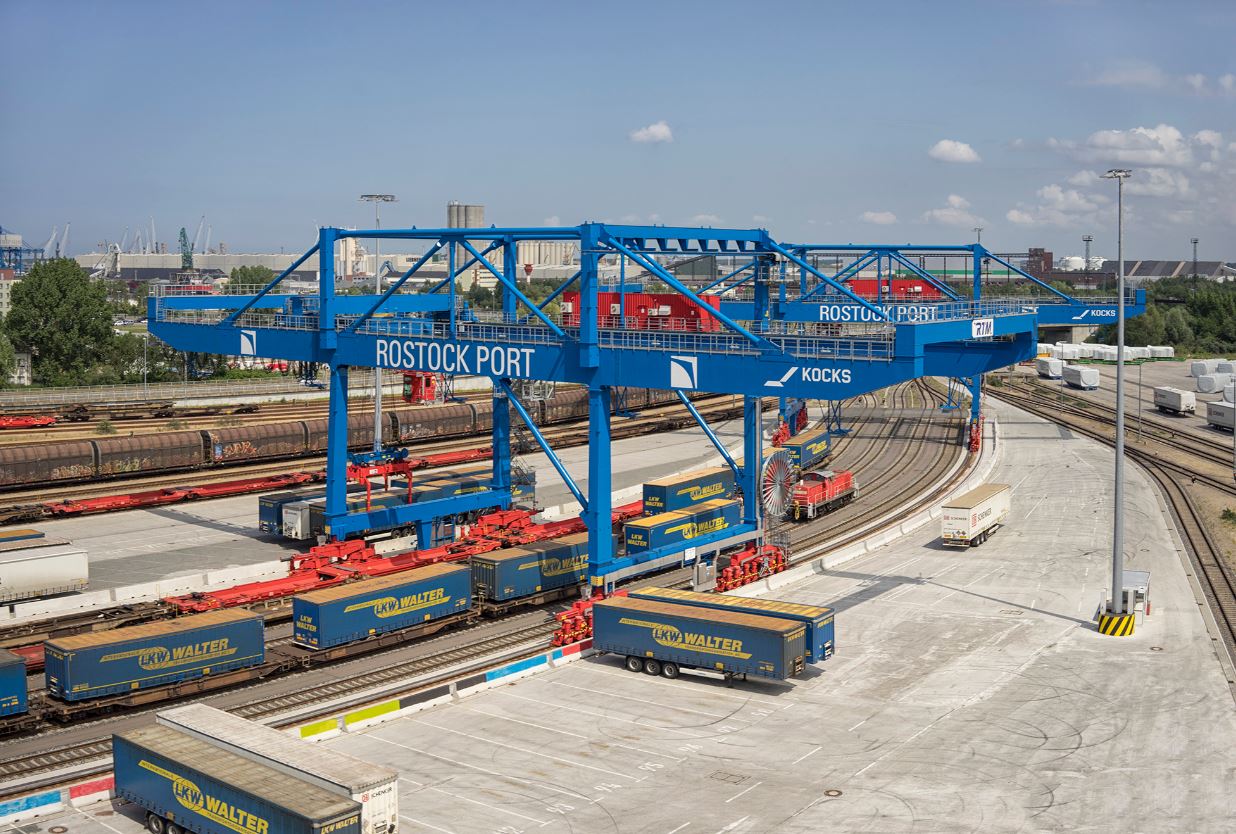 From March 30, 2019, a new direct train is connecting the maritime port of Rostock and Lovosice, north of the Czech capital Prague, covering the 510-kilometer route within eleven hours. The intermodal connection between the southern Baltic Sea and the Czech Republic is a so-called Company Train for unaccompanied semi-trailers operated by the Austrian specialist for combined transport LKW Walter. The rail shuttle three weekly departures in each way; the frequency is planned be increased to work daily Departures in the future.

For further transport from Rostock, the schedule of the train was coordinated with the ferry and RoRo services to Sweden, Finland and Denmark. “We are pleased that LKW Walter is strenghteing the south-east corridor to the Czech Republic and Romania (Curtici) in addition to the North-South corridor between Rostock and Italy, which has been established for years, with connections to Verona and Cervignano. Apart from Lovosice, Brno is being called as often as six times a week. With this new rail product, the port of Rostock is improving its intermodal market coverage,” says Gernot Tesch, Managing Director of Rostock Port GmbH.