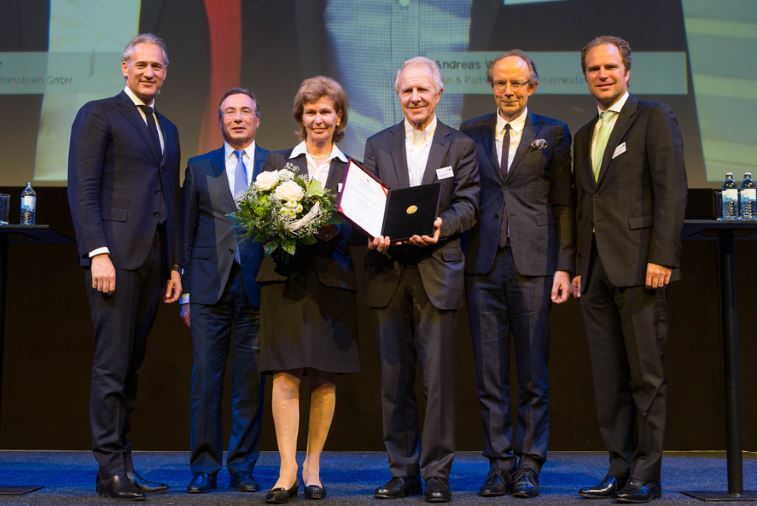 On the occasion of the Vorarlberg Economic Forum on 10 November 2016 at the Bregenzer Festspielhaus the former CEOs and current Supervisory Board members of Gebrüder Weiss, Heidi and Paul Senger-Weiss, received the “Ehrenpreis der Vorarlberger Wirtschaft” (honorary award of the Vorarlberg industry) for their entrepreneurial lifetime achievement.

Sustainable economic success, exemplary corporate culture, loyalty to Vorarlberg as location as well as the uniqueness of the lifetime achievement of each honored person are among the key criteria of the prize, initiated by the Vorarlberg industry association, the Vorarlberg Economic Chamber and the Vorarlberger Nachrichten newspaper.

Heidi and Paul Senger Weiss, from 1968/69 to 2004 together CEOs of Gebrüder Weiss, exactly satisfy these criteria in a special way, confirmed Eugen A. Russ, editor of the Vorarlberger Nachrichten in his laudation: “Few persons in the industry succeed to maintain, but also develop such a traditional company as Gebrüder Weiss. Such exceptional personalities are encouraging, but they are also interesting and you can learn from them.”