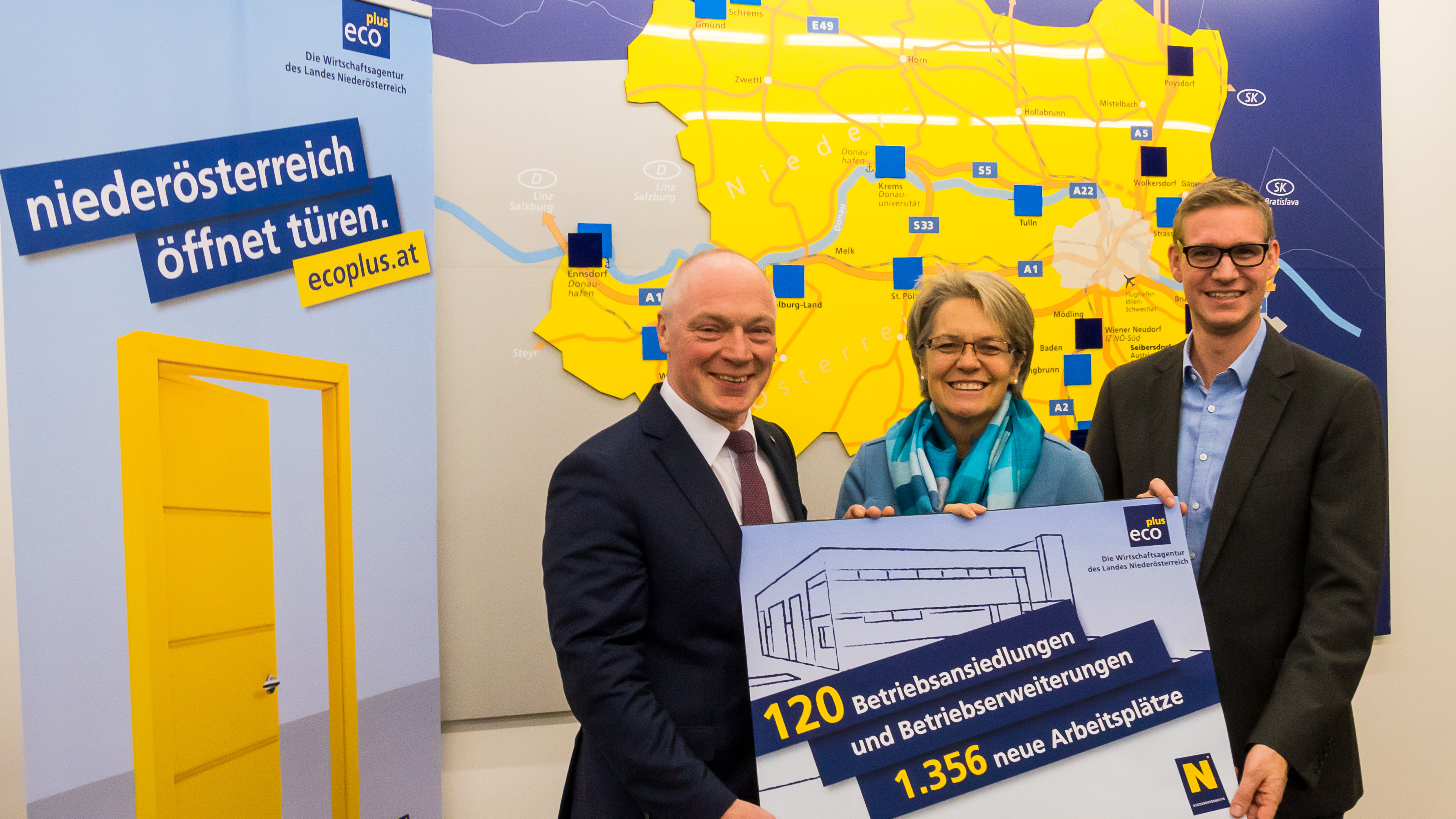 120 company relocations and location extensions stand for 1,506 jobs that could be newly created or secured in 2018 in Lower Austria. This great success is primarily due to the good economic situation, but also shows that Lower Austria is better able than other regions to convince companies to invest in this location and in the long term to settle here mainly with production facilities,”explained Economic Secretary Dr. Petra Bohuslav.

The settlement of the discount chain Lidl in Großebersdorf in the district of Mistelbach has a special dimension. With an investment volume of around EUR 150 million, a logistics center with up to 250 new jobs will be built there over the next few years.

One of the highlights of 2018 was the groundbreaking ceremony for a new plant of the automotive supplier Pollmann in Vitis. The Waldviertel-based company remains loyal to the expansion of Lower Austria and the Waldviertel and invests around EUR 17 million. Already in the first expansion stage, around 60 new jobs will be created.

Highlights of the year include the construction of a new Austrian headquarter for the tipper specialist Meiller. Around EUR 22 million will be invested in the new location in Oed-Öhling in the Mostviertel. In the medium term, up to 160 jobs will be created here.

“A special asset in the international location competition are the 18 business parks that ecoplus operates throughout the country. Here we score with state-of-the-art infrastructure, individual rental properties and service from a single source. In 2018, the number of companies located in the ecoplus business parks increased from around 970 to more than 1,000 companies with more than 21,600 employees, “said Petra Bohuslav.

The business parks managed by ecoplus are very popular with companies and the trend is unbroken. As a result, some locations are approaching their capacity limits. “After an in-depth external analysis, a forward-looking offensive strategy was developed in 2018, which will open up new development opportunities for the business parks in the individual regions and lead to an additional increase in quality,” says ecoplus CEO Mag. Helmut Miernicki.

The most important aspects of the offensive strategy include the development of new business parks, especially along the main arterial roads of Lower Austria, as well as the “upgrading” of existing parks. The first steps have already been taken in the Weinviertel: the A5 Mistelbach / Wilfersdorf business park will be massively enlarged in 2019 and reorganized.