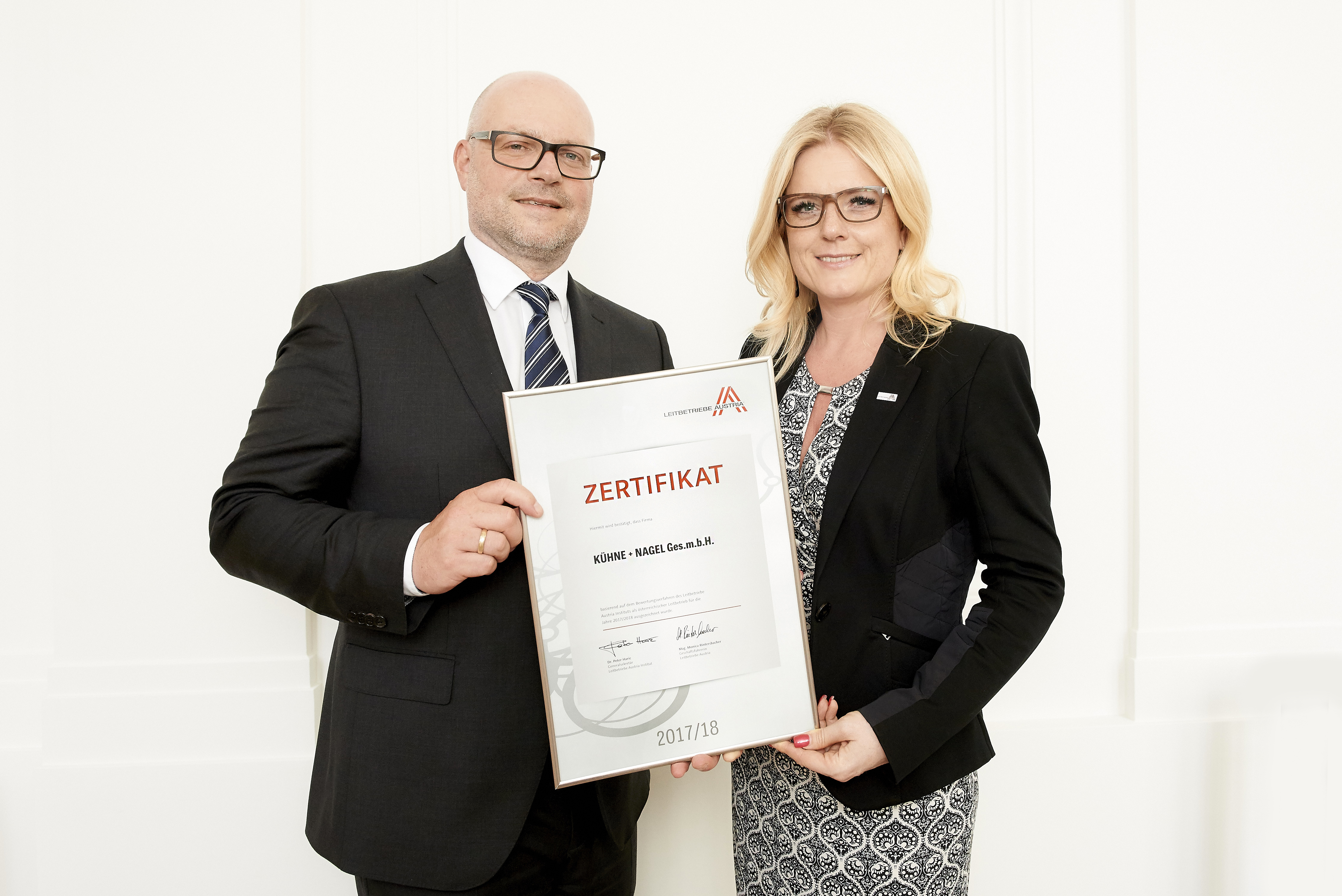 Kuehne + Nagel was re-certified by Leitbetriebe Austria as part of the “Roadshow Latin America”, which stopped in the capital Vienna on 23rd April. In the presence of numerous invited customers and international business partners, Monica Rintersbacher, Managing Director of Leitbetriebe Austria, presented the certificate to Franz Braunsberger, Managing Director of Kühne + Nagel Gesellschaft m.b.H. in the Weltmuseum Wien. The premises, housed in a wing of the Vienna Hofburg, shine in a new light after a recent general refurbishment, underlining the festive occasion of the ceremony.

The Kuehne + Nagel organisation in Austria has existed since 1979 and currently employs more than 500 people. Special attention is paid to apprenticeship formation: Currently, around 70 young people are being trained to become skilled workers in various areas of logistics. This means the company is taking action to adress the lack of skilled workers.

As part of the lecture series, the activities of the globally active logistics specialist in Latin America were presented. Legal expert Alejandra Navarro de Chalupa emphasised in her speech how important it is for successful bilateral business relationships to address culture-specific traits and take into account the different communication behaviors of trading partners.

Gustavo Pechloff, Trade Lane Manager Kuehne + Nagel Austria announced plans to invest in logistics infrastructure in Mexico. The port of Veracruz in the Gulf of Mexico has reached its capacity limit, which is why the annual throughput capacity is to be increased from currently just over half a million tonnes to 2 million tonnes. Inland transport is more than 90 per cent on the road.