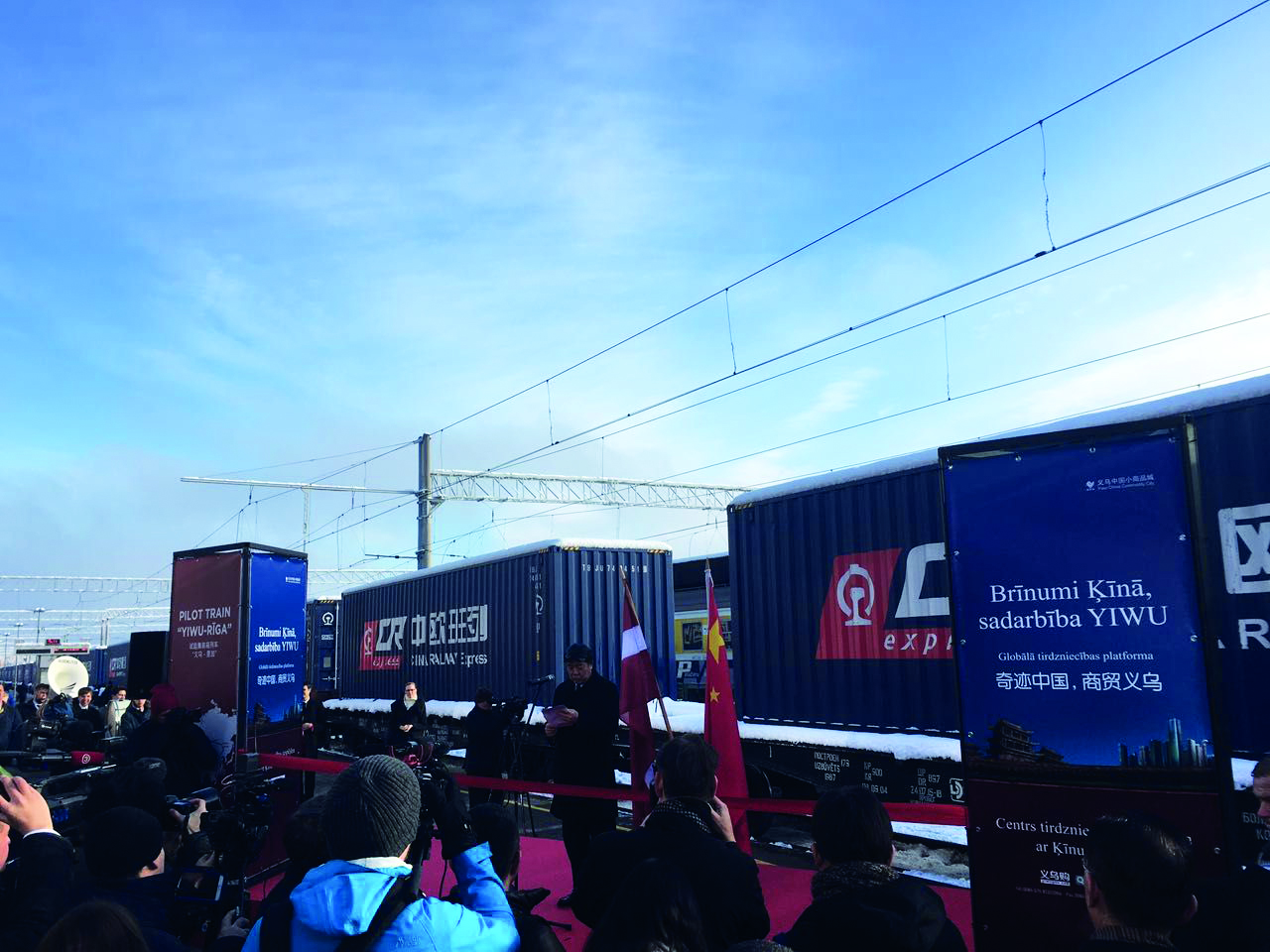 With an official ceremony, the first test train from Yiwu on China’s eastern coast was welcomed to Riga, Latvia, on November 5, 2016. CRIMT, a subsidiary of China Railways, had appointed InterRail to operate the train.

The container train carrying textiles and household goods covered the distance of almost 11,000 kilometers in 13 days. As customers show great interest in this train connection, regular departures are to be introduced after the Chinese New Year.

The fast and successful implementation of this test train underlines the efforts to intensify trade relations between China and the Central and East European countries. Only four months prior to the meeting, China and Latvia had signed a letter of intent to this effect, pertaining to the development of a container train connection between both countries. This new train service, too, is owed to the Chinese government’s «One Belt – One Road» initiative, which has triggered, over the past few years, enormous growth in rail traffics via the Eurasian land bridge.

For several years already, InterRail has been active as a leading train operator between China and Europe, adding new products and routes to its portfolio especially during the past 24 months. Among them are open trains to be loaded with single containers or container groups, but also LCL traffics from China to Europe, as well as freight transports on board special wagons between Russia, Central Asia, and Iran. In terms of geography, InterRail launched, among others, new train connections ex China to Iran, Afghanistan, Central Asia and Russia. In offering such products and in introducing new routes, InterRail benefits from the well-developed network of the TransInvest Group, which has a strong presence in Russia, the CIS / Central Asia and Iran.