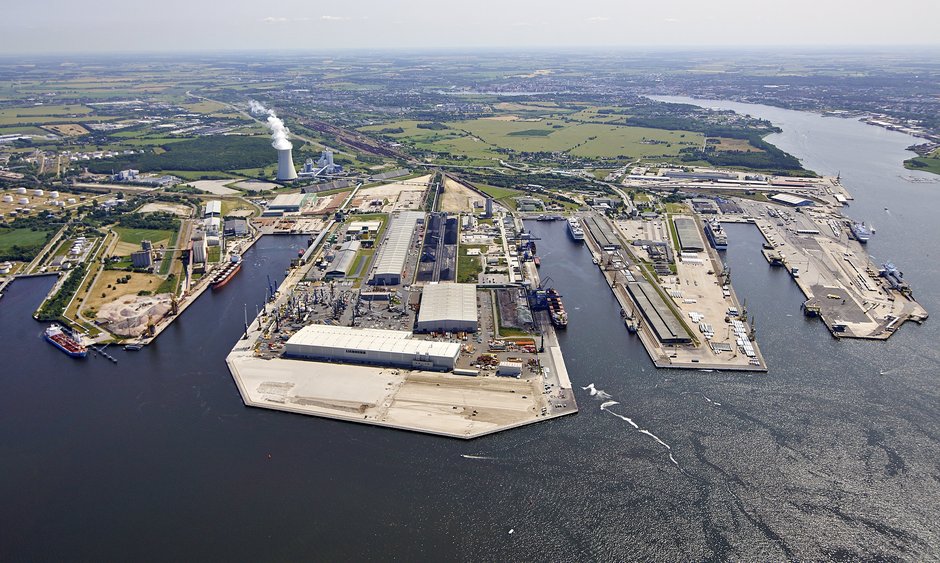 In 2016 the terminal for combined transport handled just over two million tonnes of goods for the first time. The number of trailer units increased from 69,824 in 2015 to 76,012 last year – and therefore by nine percent. The combined transport network has been continuously consolidated and expanded. Currently there are 36 weekly intermodal trains to and from Verona (13), Hamburg (5), Karlsruhe (5), Brno (4), Novara (3), Duisburg (5) and Wels (1).

Overall, the seaport of Rostock registered 8,120 calls by ferry and roro, tanker, cargo and cruise ships last year. The shipping company Swedish Orient Line (SOL), which operated a roro-service between Rostock and Hanko in Finland since September 2012, terminated their service by the end of 2016, whereas the Finnlines shipping company announced capacity and frequency increases.