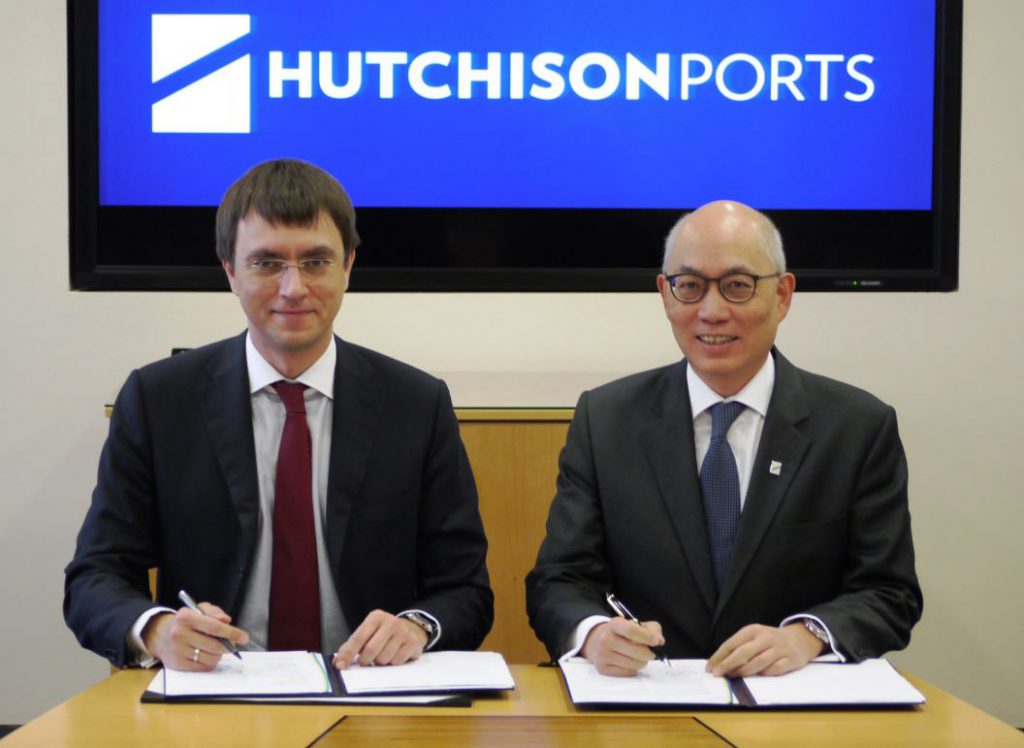 The MOU to develop container terminal facilities at Chornomorsk was signed by Clemence Cheng, Managing Director Hutchison Ports Europe, and Volodymyr Omelyan, the Ukrainian Minister of Infrastructure during a visit by the Minister to the Port of Felixstowe.

“We are delighted to sign this Memorandum of Understanding with the Government of Ukraine,“ said Clemence Cheng, commenting on the agreement. “We have long seen the potential for growth in container business in Ukraine and look forward to working together with the Ministry of Infrastructure,” he adds.

The Government is committed to finalize the agreement and to close the deal in 2017, as announced by Minister Omelyan. Chornomorsk is one of the largest ports in the Black Sea handling a range of cargo including containers, ferries, general and bulk cargoes. Situated in the south-western region of Ukraine, 20 kilometres south of Odessa, Chornomorsk has established rail connections to the capital Kiev.