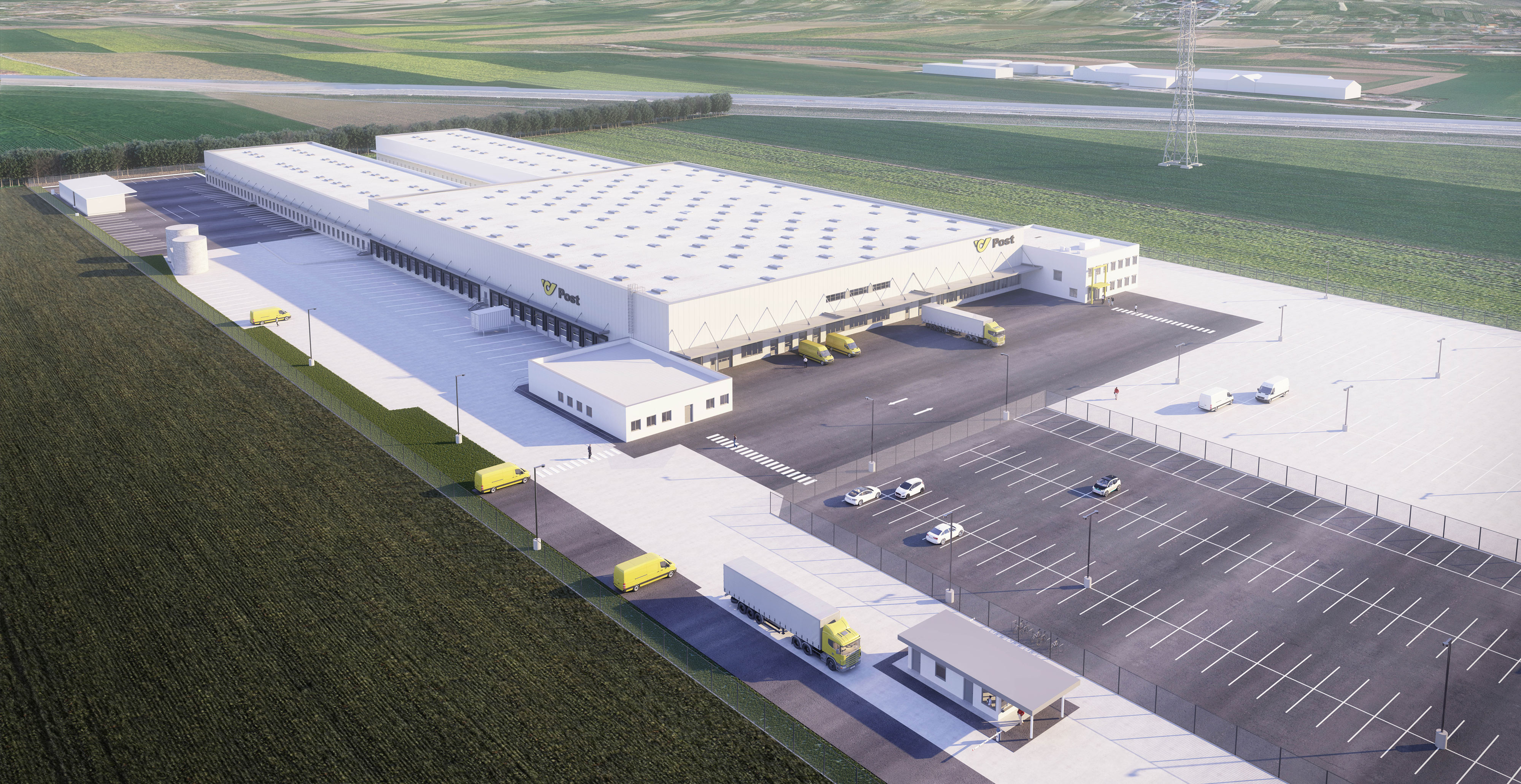 The municipality of Hagenbrunn in the district of Korneuburg, Lower Austria, expects more than 300 new jobs and municipal tax revenues of around EUR 300,000 when the parcel center built by the Austrian Post AG will start operating on the local industrial estate in the fall of 2019.

“Our business area is not only conveniently located at the two high-speed roads S1 and A5,” said Michael Oberschil, Mayor of Hagenbrunn, to the new service NÖ Wirtschaftspressedienst, “it is also located almost three kilometers from the next residential area.”

Including the new logistics center of the Austrian Post, which will be able to sort 13,500 parcels per hour, the twon of Hagenbrunn, known for its vineyards and wine taverns, has added another prominent name to its list of companies that have been successful for several years. The “Areal Wien-Nord” associated to the municipality, which is managed by the real estate developer kara Handelsgesellschaft, accommodates the mobile communications company A1, the logistics service providers Kuehne + Nagel, Logwin Solutions and Schachinger and the pharmaceutical wholesaler Phoenix.

“Even this year, the parcel service provider DHL, a subsidiary of Deutsche Post, will set ground for the construction of a new distribution center in Hagenbrunn,” Mayor Oberschil announced.