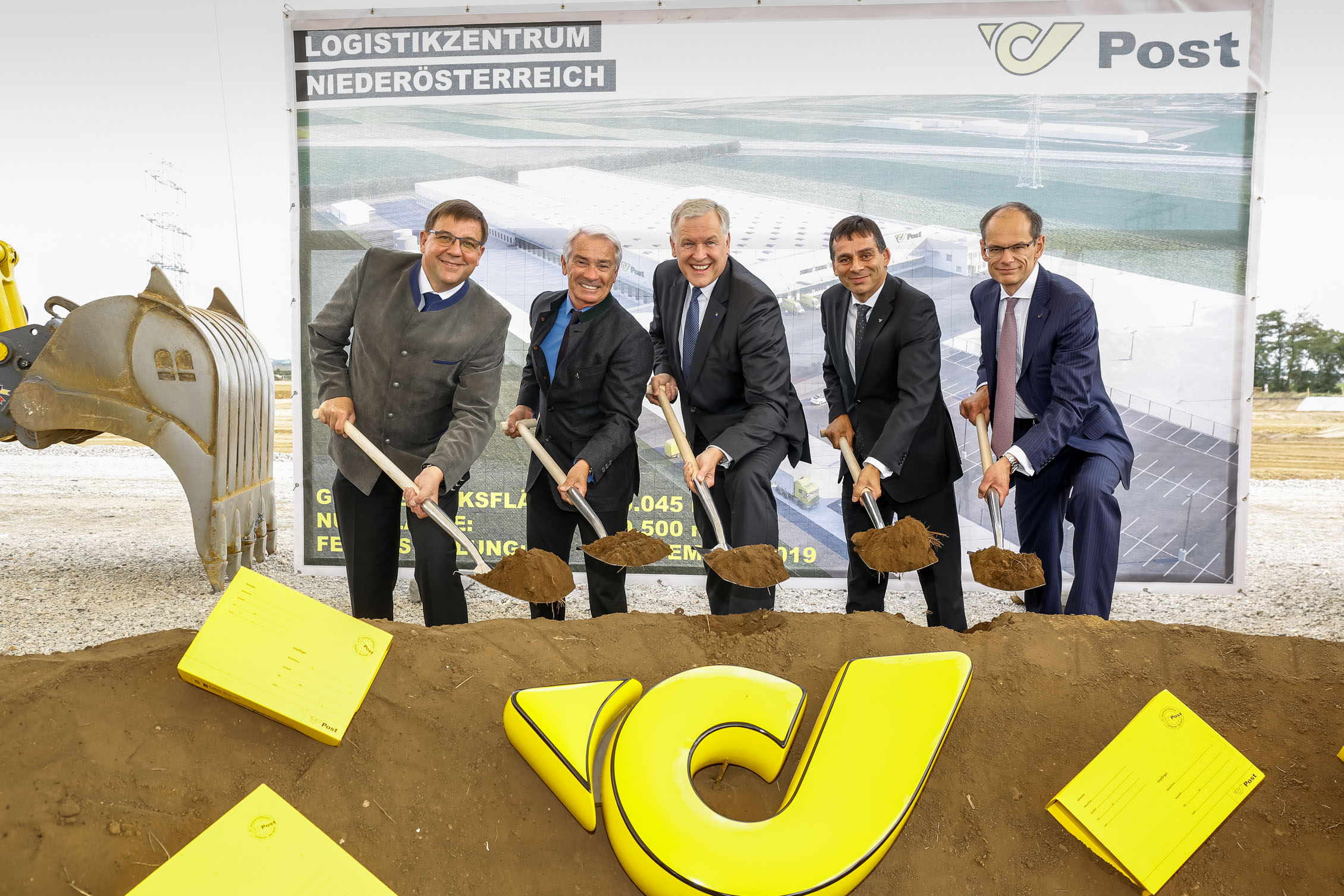 In response to increasing volumes of mail – from 2016 to 2017, Post saw a growth by 20 per cent to 97 million parcels – the company is increasing its sorting performance, also through the construction of new locations. So on 10th July the groundbreaking ceremony for a new parcel center took place in Hagenbrunn, Lower Austria.

In his speech, the mayor of Hagenbrunn Michael Oberschil emphasised on the site’s valuable transport links through the A5 motorway and the S1 expressway. Thanks to a photovoltaic system on the roof, the logistics center is particularly energy-efficient and environmentally friendly. Completion is scheduled for autumn 2019, the parcel center is scheduled to go into full operation in time for the 2019 Christmas season. In total, Austrian Post is investing around EUR 50 million at the Hagenbrunn site.