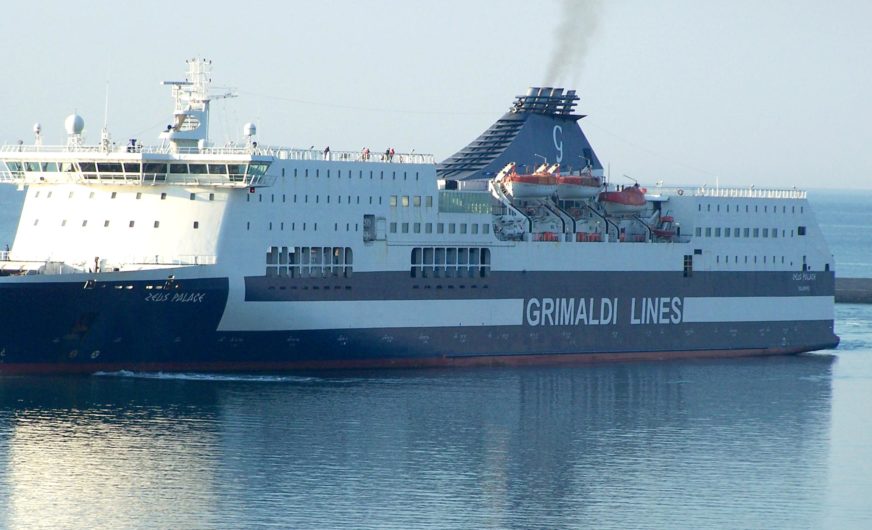 The Grimaldi Group announces an interesting new initiative for 2016: as from the 11th of January, a new service will be launched between the ports of Livorno and Olbia (north eastern Sardinia), dedicated to the transport of rolling freight and passengers, thus enriching the network of Motorways of the Sea offered by the Neapolitan Group in the Western Mediterranean.

The new route will be operated by the ro-pax vessel “Zeus Palace”, capable of carrying 2,000 linear metres of rolling cargo, 1,500 passengers and 100 accompanying cars. The service will be daily (except Sunday) both directions, with a transit time of eight hours.

“This is an important announcement, as it is the first time that the port of Olbia joins the network of Motorways of the Sea managed by our Group. With this initiative, we confirm once again our strong commitment in offering regular transport services for freight and passengers to Sardinia, ” says Guido Grimaldi, Corporate Short Sea Shipping Commercial Director.

The launch of the new line follows the recent reactivation, for the winter season, of the Civitavecchia-Porto Torres and Porto Torres-Barcelona connections, thus becoming operative throughout the year. Served by the two flagships of the Grimaldi Group fleet, the cruise ferries “Cruise Roma” and “Cruise Barcelona”, the lines will have a twice-a-week frequency both sides in winter and a daily frequency in the summer season.

Thanks to these recent initiatives, the Grimaldi Group offers an extensive network of connections between mainland Italy and Sardinia. Currently, in addition to the services dedicated to freight and passengers between Civitavecchia and Porto Torres, various other regular lines for the transport of freight link the ports of Genoa, Livorno and Salerno with Cagliari, as well as Cagliari with Valencia. Furthermore, the Group offers a regular service for the transport of freight between Palermo and the Sardinian capital which is the first direct connection between the two largest islands in the Mediterranean.