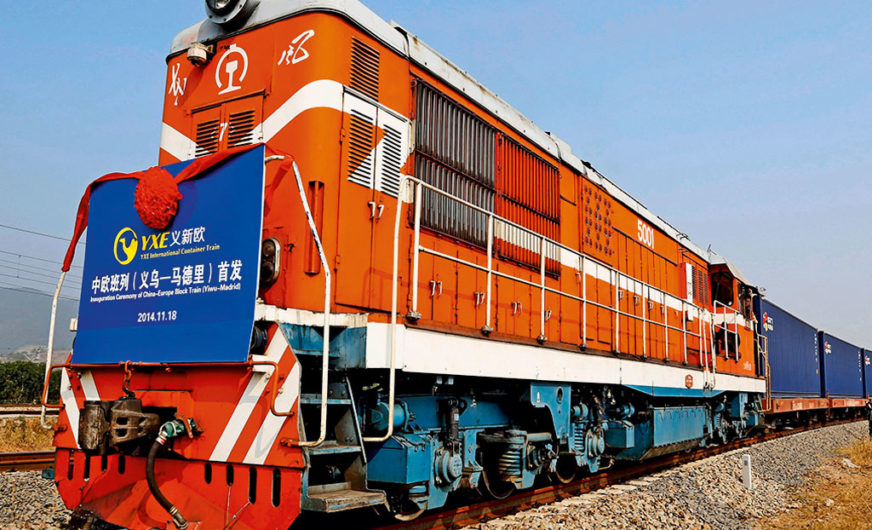 GETO, the community of European Transsiberian operators or representatives formed by 15 member companies has recently drawn a positive balance of the development of rail traffic across the land bridge between Europe and China and other Asian countries at its annual meeting in Frankfurt.
“There is progress in transit times, reliability, number and variety of product offerings, as well as cooperation of the parties involved,” said Hans Reinhard, President GETO. “Member companies of GETO have successfully contributed to the progress on Euro-Asian trades. They were or are involved in e.g. the container block train services Chengdu-Lodz, Suzhou-Warsaw, Zhengzhou-Hamburg, Wuhan-Pardubice, Wuhan-Gorszow and Yiwu-Madrid.
Despite the political turmoil between Western Europe and Russia and the difficult situation of the Russian economy, transit traffic to and from Central Asia, China and on to the Far East showed remarkable stability and could continue overall growth also recently, according to GETO. There were some problems in product areas that are on the Russian embargo list and are subject to strict transit controls.
In general the GETO members see good future development opportunities for rail traffic on the land bridge. Here an increased role of Kazakhstan as a transit hub for China was highlighted at the annual meeting. As a main advantage of the land bridge, which encounters the strongest interest by the clients, the GETO companies indicated the short transit time. Therefore, it was important to search for other ways to reduce the delivery times. Railway operators in China, Central Asia and also in Russia have already launched relevant initiatives.
GETO companies want faster transit times and more flexibility from the European railway operators. The competitive benchmark for the land bridge was sea transport, which is much slower but can not be beat in terms of price, but the more expensive air transport, compared to which the railway is a cheaper alternative, it was underlined at the GETO annual meeting. To further reduce the timely difference must be an important task for the next time for all parties involved in traffic on the land bridge.
www.geto.ch